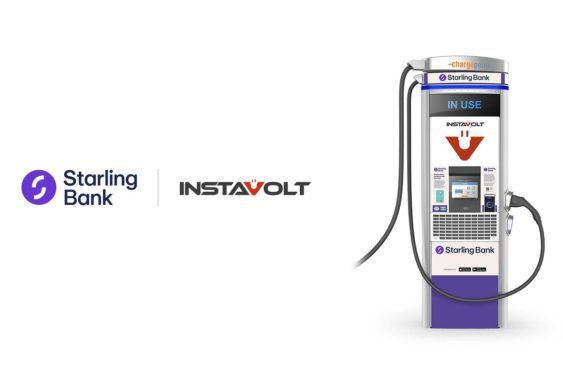 Starling Bank is further expanding its promise of “change” as it launches a major campaign which will see its branding featured at electric vehicle charging stations.

The new UK-wide partnership with InstaVolt will see Starling’s branding 100 charging points at popular summer destinations across the country. The advertising will also appear in on-screen ads and within the InstaVolt app.

The campaign launched on 12 July, with Anne Boden, founder and CEO of Starling Bank saying that the campaign aligns with the fact that “many of our customers care deeply about the environment.”

What’s behind the move?

The challenger bank launched in 2014 and opened its first current account in 2017. Its watchword is offering a user-friendly and intuitive digital alternative to traditional high street banks.

2019 saw its first major above the line advertising campaign.

Starling has committed itself to reaching net zero by 2050 at the latest, and “hopefully much sooner”. It says it will set its target by the end of this year.

She cited the March launch of recycled plastic (rPVC) debit cards as an example of this. The cards are the first UK Mastercard debit cards made from the material, sourced from EU industrial waste from printing and packaging industries.

More recently, Starling launched its #MAKEMONEYEQUAL campaign, which advocated for a more equal representation of men and women in imagery related to money.

It audited image libraries and found that women were more likely to be infantilised when depicted handling money.

Change: from user experience, to brand, to society

Earlier this year, Head of Brand Rachel Kerrone said in an interview with the Financial Services Forum that Starling’s overall mission is about “change” and explained that all of its different activities are directed towards this.

“We want to get people on board with who we are and have that brand affinity, making the Starling brand one people want to associate with and share with friends and family.”

The strategy is to “be brave and very vocal about the fact we do want to revolutionise banking and we have got big ambitions.”

Starling demonstrates how a central “mission” can be translated into different areas of a company’s activity. In the arena of product and user experience, the slogan of “changing banking for good” means a compelling user experience.

In the arena of marketing, it means communicating in a more friendly and simplified way with customers than traditional institutions. And in operational terms, it means making commitments and changes on environmental matters.

Advertising regulator prepares to clamp down on cryptocurrency advertising