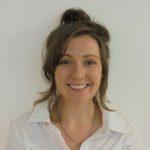 Starling’s Head of Brand Rachel Kerrone explains how to be human without being “too matey” and discusses the challenger bank’s goals for 2021.

While Starling Bank has become an icon for tech-powered challenger banks, its goal is to sit somewhere between fintech and traditional banks, its Head of Brand explains. This year will see the bank take the fight to high street banks.

“The last two years particularly have been focused on building awareness,” Rachel Kerrone tells the Financial Services Forum, “letting people know who we are, what we do and what we stand for.”

The firm launched in 2014 and went to market with its first personal current account in 2017. In that time it’s gone from being unknown to recognised by around two thirds of UK adults.

September 2019 saw its first big above the line brand campaign, with this year seeing Starling’s strategy shifting to “pushing people along the consideration funnel, from awareness to familiarity and consideration.”

“People know who we are and know we’re a digital bank and now we are communicating what we stand for and why our product is the best on the market.”

Rachel has previously worked at more traditional institutions, including high street and investment banks. She describes moving to Starling as a “breath of fresh air”, with the ability to “build something from scratch without having legacy to worry about and be held back by.”

“Change is something we do a lot of at Starling,” Rachel says, highlighting the company’s mission statement: “changing banking for good.”

“Everything we do ladders to that mission, whether it’s the product itself or marketing. Starling was built to change things, not to carry on doing what other banks have been doing for 30 years.”

She describes this as “building something that is really fair and honest and human”, winning the trust that doesn’t necessarily come naturally to the banking sector.

This human approach extends to the company’s B2B arm, which makes loans to small businesses. Rachel points out that Starling was an SME and start-up itself in the not too distant past so the team are able to empathise with these business owners.

“Someone who sets up a business may be a one-man band; they’re having to go and queue up in branches. It can take four weeks to open a small business account.

“The great thing about Starling is entrepreneurs want to focus on their businesses and we make it really simple, with all of that hosted in the same app as their personal account.”

Another aspect where Starling differs from traditional players is in the language it uses to talk to customers. Rachel says that the bank launched at the same time as other fintech players, when there was a move to talking in a more approachable and less formal way.

“Customers like that – it’s much easier to understand and you can have a much more friendly relationship with the bank and not be frightened of them.”

However, she cautions against going too far down this route as it can undermine the perception of professionality and quality.

“At the end of the day people need to trust their bank. There’s a fine line to being too matey with customers. People don’t want to be mates with their bank, they just want them to be approachable and friendly.”

However, she believes that Starling manages to occupy a niche that neither the high street or challenger banks are taking on – a “grown-up start-up”.

“I’d see us as being somewhere in the middle in the split. We’ve tried to find a space in between to bring the best of both.

“We bring the experience, credibility and trust that people have in legacy combined with cutting edge tech and insights from being a challenger.”

This neatly dovetails with its main demographic, which tends to be slightly older millennials who are comfortable with paying their salary into the bank and using it as their primary account rather than using it as a siloed fund for specific budgets.

And the older customer base is growing. “In March 2021 customers aged 65+ were our fastest growing age segment increasing by 4.7%. We now have c.39k accounts for customers over the age of 65, up from 24k this time last year – incredible really!”

“With Starling people feel comfortable to switch [their main account] across.”

Rachel highlights the “brilliant numbers” coming out, including Starling being voted best British bank three years in a row and in the third quarter of 2020 having the highest number of switches to it.

These numbers are also reflected in Starling’s greater ambition.

“Two years ago I would have said the other fintechs were our main competitors; now we don’t look at them as a competitor in that way, we look at everyone – from the big traditional highstreet banks to the new start ups.”

At the same time, she says the company takes inspiration from tech companies and their customer experience rather than the big banks.

Looking ahead to the rest of the year, Rachel says, “we’ve gone through people needing to know our name, we’ve got to the population knowing who we are. Now we need them to know why we’re a better alternative to their current bank.”

Rachel says that selling banking services is now about more than just the product people get.

“We want to get people on board with who we are and have that brand affinity, making the Starling brand one people want to associate with and share with friends and family,” highlighting the recent launch of recycled debit cards as an example.

The strategy is to “be brave and very vocal about the fact we do want to revolutionise banking and we have got big ambitions.”