Advertising regulator prepares to clamp down on cryptocurrency advertising 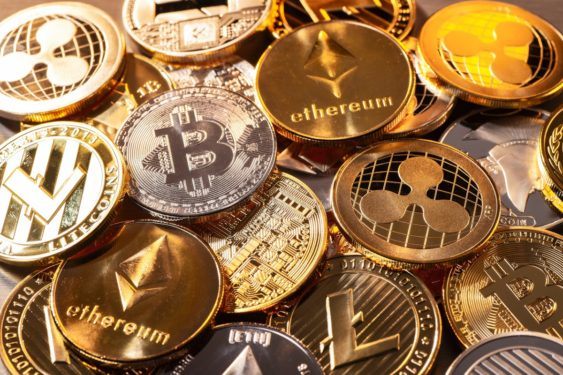 The UK’s advertising regulator is clamping down on cryptocurrency advertising, as the much-hyped asset class comes under scrutiny over a perceived lack of understanding of the space.

The Advertising Standards Authority (ASA) this week named cryptocurrency advertising as a “key priority”. Cryptocurrencies, of which the most famous is bitcoin, are digital currencies that are not issued by a government.

“We recognise the importance of the role we play currently in regulating ads to ensure they don’t mislead consumers about the risks of this product and are not irresponsible in how they promote them,” the ASA said in an emailed statement.

“Crypto has exploded in recent years but there is a real danger that people may be drawn in to invest life savings that they later lose based on poor understanding.”

The Financial Conduct Authority has also issued consumer warnings on cryptocurrency, although the asset class falls outside of its regulatory parameter. As of June, it estimates ownership in the UK at around 2.3 million, up from around 1.9 million in 2020. It says 78% of adults have now heard of cryptocurrencies.

A recent flashpoint was cryptocurrency trading platform Luno’s recent advertising campaign on London’s transport networks, which stated “if you’re seeing bitcoin on the underground, it’s time to buy.” The ASA lambasted Luno for not providing sufficient risk warnings on the ad.

What many people in the space admit, whether publicly or privately, is that the key appeal of cryptocurrency for most investors is the prospect of huge returns rather than the pursuit of a stable long-term investment.

It is possible this problem is overstated. For example, recent research found that many consumers are aware of the risks of cryptocurrency and are only making limited bets on it.

More committed investors argue that cryptocurrency offers economic freedom and the foundation of the future economy, as it allows the monetary system to be separated from the power of the state.

Cryptocurrencies have been one of the beneficiaries of a recent glut of savings amongst consumers who have been able to keep their jobs and work from home, cutting down their expenditure massively.

Interest rates in savings accounts remain low, which has pushed many would-be savers to seek better returns elsewhere. Through investment apps such as Freetrade or Robinhood it is now easier than ever to directly invest.

According to research by Platforum, most of these have opted for buying shares in companies or cryptocurrency directly, with only 17% choosing managed funds.

For investment professionals, winning these first-time investors will require a compelling combination of education and mission.

For example, many will be unaware of what funds offer in terms of risk, reward and diversification.

On the mission side, as James Budden, Marketing Director at Baillie Gifford, said in a recent interview, “the alignment of investing one’s capital to find solutions to big problems – the younger generations find this attractive in a way previous generations didn’t consider.”

He added: “It’s not ‘buy our American fund which is the best ever’, which is what you might be saying to someone in their 50s.