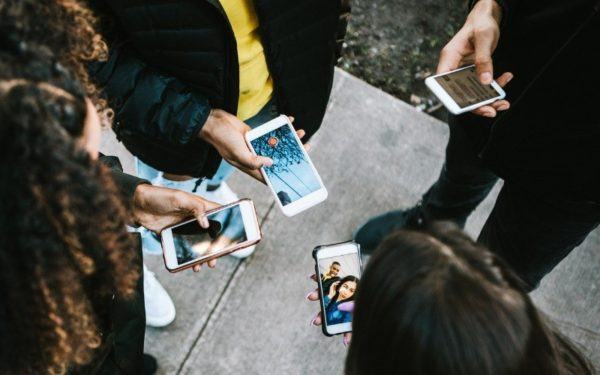 Democratising the world of investment
All of these trends factor into Gen Z’s financial attitudes. Zoe Davies and Cicely King, consultant and research consultant respectively at Savanta, began the discussion with some statistics from Savanta’s Weekly Consumer Tracker. PayPal is Gen Z’s most loved financial brand, while 66% of Gen Z said access to online or mobile app banking was important to them when opening a current or savings account.
The research found considerable similarities between Gen Z and other generations: their savings goals were highly akin to those of millennials, with roughly the same proportion of each generation saving to buy a property. 51% of Gen Z were saving for non-essentials.
There were some generational distinctions in the research: 31% of Gen Z said they like to stay “in control of” their finances compared to 73% of Baby Boomers (born 1946 to 1964).
Gen Z were also more likely to use new tools to invest: 19% would use an app to invest, compared to 8% of Boomers, while 11% would use an AI app compared to 1% of Boomers. Meanwhile, 10% were willing to invest in cryptocurrencies, compared to only 2% of Boomers.
As King said, these types of mobile investment tools and the wide prevalence of online advice had “democratised the world of investment”.
The research highlighted the high importance of recommendations in driving Gen Z’s financial product choices: 58% said advice or a recommendation was important in selecting their most recent current or savings account. While they were half as likely as Boomers to take advice from independent financial advisers (IFAs), they were far more likely to take the advice of influencers (13%), friends (24%) or parents (38%) than millennials (8%, 22% and 25% respectively).
This means that it is “important to not only advertise to the person themselves but also take into account the importance of recommendation”, said Davies. She said this had been successfully deployed by Monzo, for example, which had offered a referral bonus for users.

Finance with values
Attendees then heard from Janina Enrile, UX Writer at interactive spending tracker app Cleo. The app is a chatbot with 3 million users, 31% of whom are Gen Z, which uses colloquial language and humorous memes to advise customers on managing their spending.
Enrile explained that Gen Z have a traditional attitude in terms of wanting financial success but are sceptical of legacy institutions. They want brands that show their values.
This was backed up by Iona Bain, an author and blogger who specialises in young people’s finances.
“Greenwashing will not go down well with (Gen Z),” she said, referring to the practice of using green credentials as a marketing tool without delivering meaningful change in the business. She talked about the importance of being honest and realistic about these changes, as they are not going to happen overnight.
Bain also echoed the point from the Savanta research of the importance of family in offering advice and support. This will likely be deepened due to Gen Z’s possible financial dependence on their family in the wake of the pandemic and the ensuing economic challenges in the form of reduced job prospects and squeezed earnings.
She also noted that whether traditional brands like it or not, online influencers now play a key role in advising young people about finance and this genie “can’t be put back in the bottle”.
“You have to be really careful about who you work with,” she cautioned. “It can be very easy to think teaming up with that influencer will give you a shortcut. It can be really damaging and toxic if they are overly commercial.”

Relaxed but not naive
In the face of these challenges, Bain said that Gen Z are already showing signs of being an entrepreneurial generation, with “side hustle as a way of life”.
To manage these various interconnected aspects of their financial lives, she said, Gen Z will also want an interconnected digital world. They will want different financial apps to be able to communicate with each other.
She said that Gen Z feel a need to take risks with their money to achieve goals, rather than simply saving diligently.
“In order to achieve their long-term dreams they will have to invest in stocks and shares.”
Bain said that this could open up younger people to more risky styles of investing however, with social media feeds highlighting popular stocks and encouraging people to jump on trends.
“The financial world will need to be prepared for this, and counter the narrative that investing is a game.”
While she challenged perceptions that the cohort is naïve about finance, she said they are much more relaxed about debt than previous generations, accepting it as a fact of life.
“It’s going to be very challenging for financial brands to talk about debt in a way that isn’t finger wagging.”

You can watch the full discussion, including the ensuing Q&A session, here.

Why is mail performing for financial services brands?

WEBINAR OVERVIEW How to design an accessible online service

How to market when your audience is in isolation

5 Tips for Managing a Multilingual Experience