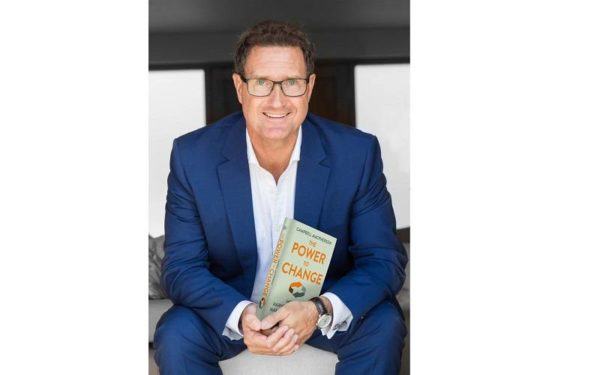 Learning not to just withstand but embrace change was the theme of our latest workshop discussion, hosted by business advisor and change expert, Campbell Macpherson.

As a leading thinker on change, and an executive Fellow of Henley Business School, Macpherson has published several books on the subject. His first book, ‘The Change Catalyst’ was about leading change and won 2018 Business Book of the Year. His second book, ‘The Power to Change’ (Kogan Page 2020) focuses on the emotional impacts of change and how individuals can enhance their resilience and develop their ability to accept and embrace change.

The wide-ranging discussion, conducted under Chatham House rules, focused on how organisations can adopt a better long-term attitude towards change in the wake of the Covid pandemic. It also looked at how leaders can help individuals manage changes, whether in role, title, status, team or way of working.

He kicked off the session by questioning the widespread belief that things will return to “normal” as vaccines are rolled out. Linked to this was the fallacy of referring to times of uncertainty, as if normal times are “certain”. Instead, change has to be accepted as a fact of life.

“Change can’t be treated as a project or a one-off,” said Macpherson, adding that when change fails it is because “we don’t accept it is part of life.” Leadership, in this context, means helping people overcome their personal barriers to change. It is a leader’s job to help their people to want to change.

Participants of the workshop had their own experiences of these rigid attitudes: one attendee who had worked at a major bank talked of the bureaucratic process of needing to formally “initiate” changes within the business. Another described a formal division within a former employer between the processes of “running the business” and “changing the business”, highlighting the counter-productiveness of separating the two.

Macpherson then addressed the fact that “all change is emotional” and discussed some of the barriers to change, as he walked the audience through his ‘Burning Platform Change Curve’, explaining that it can be an “emotional rollercoaster” whether the affected individual has opted for it or not. While the impacts of an unasked-for change were arguably more severe, people who have chosen it themselves, whether a promotion or a job move, will also face apprehension, fear and remorse.

With this in mind, it is important to note that “the fear and concerns people have when a big change is done to them are entirely normal,” said Macpherson. This will also apply when people return to offices, either part-time or fully, as the restrictions from the pandemic are lifted.

Macpherson highlighted the “SCARF” model developed by David Rock, Director of the Neuroleadership Institute. This divides change into five areas, saying that if people perceive themselves as losing out on one of these metrics through a change they will resist it.

One attendee talked about a change her organisation was undergoing, citing the “fury” some employees felt over the unfairness of the process, but explaining how they decided to respond by changing their attitudes.

However, this could run the risk of becoming what another attendee called “toxic positivity”, where an overly positive attitude smothers people’s genuine concerns. Macpherson said that positive thinking can be powerful as long as it is genuine and based on an acceptance of the reality of the situation.

There was also discussion over whether the vast disruption caused by Covid had led to a more accepting attitude to change. Macpherson said he sincerely hoped that this was the case but warned of the danger of trying to rush back to “normal”, fooling ourselves that change is now something we could assign to the past.
One participant said that we needed to not be “held back by our imaginations”.

“People will take out of this last year what they really valued,” another added. “We need to find a hybrid of what we liked about the last year and what we missed about before.”

Macpherson closed with some strategies to enhance resilience, including remaining hopeful, choosing how to react and making sure to take care of oneself.
Perhaps most importantly, people must “accept that change is a part of life”.

What do employees really, really want?

GDPR one year on – a legitimately interesting time for marketers