Webinar overview: ESG and purpose in 2021 with Nationwide, Handelsbanken and Phoenix 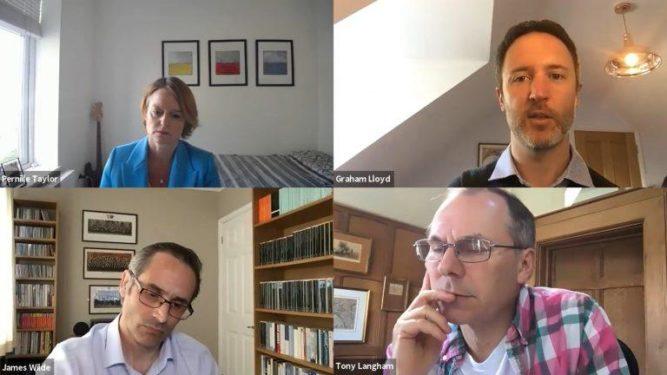 Transparency and leadership were highlighted as two of the most important tools financial institutions need to achieve a clear sense of purpose in a recent Financial Services Forum webinar.

The panel was chaired by Tony Langham, Chief Executive at Lansons, who explained that if addressed seriously, ESG and purpose has to be woven into a business at all levels.

“Most companies aren’t there yet,” he added.

While ESG is clearly the hot topic of today, two companies represented on the panel stretched back to the 19th century, and claimed that their sense of purpose does as well.

One of these was Stockholm-based Handelsbanken, founded in 1875, whose UK Chief Communications Officer Pernille Sahl Taylor attended the panel.

Pernille said that for Handelsbanken, delivering on ESG expectations has been part of its “DNA” from the beginning. The company has had the same corporate goal for 50 years (delivering higher returns than the average of peers) with the same values, “trust in people and taking a long-term sustainable view”.

She said that what is expected from banks has grown to encompass a broader contribution to society, which has particularly grown during the pandemic. As the world faces continuing challenges, there is a “new level of shareholder value which can help customers recognise and mitigate climate change”.

The firm has committed to net zero emissions by 2040 at the latest, both through its own direct impact but also through what we finance and invest in.

She highlighted the importance of sector collaboration, including recent alliances that have developed around ESG goals.

“We need purpose-driven organisations if we are to solve the global challenges we’re facing.”

Commitment at the senior level

Graham Lloyd, Director of Strategy Performance and Sustainability at Nationwide Building Society, highlighted that as a mutual owned by and run for the benefit of members, the firm has a similar built-in sense of purpose. This is exemplified in his own job title, showing the intentional entwining of the company’s purpose with its commercial mission.

Part of this is ensuring that member needs are met, including through regular “talk-backs” where they can quiz senior managers. Other aspects include participating in local communities by campaigning for positive social changes in terms of housing and offering the branches as local community hubs.

As for the “E” in ESG, Nationwide is also working to make Britain’s homes greener by investing in retrofitting.

As with Handelsbanken, the pandemic has prompted “a period of reflection”.

“As a business we did what we could do to lessen the impact on lenders,” he said, citing a CEO pay cut, a home support package and branches offering support to customers through delivering documents and phoning people.

For James Wilde, who recently started as Chief Sustainability Officer at The Phoenix Group, said that a credible ESG offering is needed just “to get in the game”.

The UK’s largest long-tern savings and retirement business, Phoenix had a new CEO arrive in March 2020, who launched a new purpose in December: “helping people secure a life of possibilities”.

The company has moved “from a laggard to a leader” in ESG in just two years, ranking second in Europe by 2020 “by really having a focus on this.”

James reflected on what conditions were needed to perform well on ESG: good senior ownership and governance, clear priorities, the ability to strike useful partnerships and a willingness to set stretching and ambitious goals like net zero.

“Both the CEO and the Chairman are really passionate.”

Strong leadership is also important when it comes to marketing around ESG, as Graham from Nationwide added.

“We’ve got a fantastic really visionary chief product and marketing officer, who has really shifted the dynamic around getting empathy and connection.”

This has been reflected in adverts which feature ordinary people talking about their experience, as well as highly personalised communications to customers.

James of Phoenix also highlighted the importance of transparency.

“You need to tell a robust story about how you are getting on, and if things aren’t on track, tell the truth.”

Pernille added that it is possible to combine this transparency with a sense of optimism.

“Explain the risks [to customers] associated with climate change, but also the opportunities it presents in transitioning to a low carbon economy.”

Are You Being Digitally Served? Event Summary

A moment in time or a lasting change? Can the financial services industry use Covid-19 as an opportunity to reset its reputation and earn trust?