Mettle CMO: How Natwest built its own fintech start-up 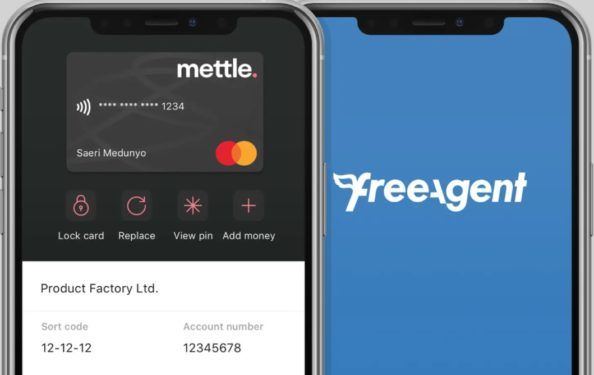 Traditional banks have long wondered how much of a threat they face from neobanks and fintechs – insurgent, digital-native and relentlessly focused on user experience and brand.

Natwest has chosen to see off this threat by launching its own fintech brand, Mettle, which launched in 2019 and recently premiered its first above the line television advert. The product is a free business account for small business owners. 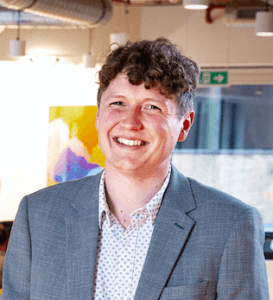 Its CMO Jack Collier tells the Financial Services Forum that launching a new brand allows the “best of both worlds”, with the backing of Natwest serving as a differentiator against other newly established brands.

“We do research where customers say [they] need [their] finances to be secure and safe,” says Jack, adding that there is some “nervousness” around giving money to newly established brands which are backed by venture capital funds.

Mettle is backed by Natwest but also able to be seen as an “exciting, vibrant new brand”. The branding combines these two elements of security and creativity, represented by charcoal black and a sliver of pink respectively.

This dual heritage comes from Mettle’s origins within Natwest’s internal start-up incubator. While Mettle is owned by Natwest, the team was given “an immense amount of freedom” to do things differently.

“We’ve seen it before, where large businesses have set up an innovation hub which was quickly suffocated.”

Working within Natwest, Jack says, was “very much like a start-up incubator hub.”

However, this is complemented by “strong relationships with counterparts within the bank.”

“The bank has a wealth of knowledge from operating for hundreds of years.”

While Mettle itself takes a Silicon Valley-esque “fast fail” experimentation approach, it can draw on experience from Natwest’s central teams.

As is shown in the TV ad, Mettle’s narrative is built around the idea of the “passion economy”, consisting of people setting up businesses as side projects. The product is designed to be “easy to onboard, simple and clear to use,” with the ability to process invoices in two or three clicks.

“There’s a big underserved need here for people in the passion economy. Everyone thinks if you’re doing something you want to grow it into a million pound-business,” says Jack. “These people want freedom and flexibility.”

He describes a “void in the middle” between personal banking and fee-paying business accounts. The product is currently completely free but as adoption grows Mettle will look to monetise it. A possibility could be charging for more advanced features for larger growing businesses.

While Mettle launched in September 2019, prior to the pandemic, Covid has “given people the time to think about what’s important to them.”

Created with agency Fold7, the ad features a cross section of people who have started “side hustles”, whether builders, hair dressers, ice cream sellers, fitness instructors or music teachers. Jack says that by 2030 the passion economy could number over 10 million people, a third of the working population.

The ad is a conscious effort to inject “a bit of fun” into a sector that is “historically dull and complicated.”

“We are trying to talk to people in a different way.”

Key to this is relatability, with some of the participants in the ad themselves being Mettle users, with Jack hinting that this approach could be taken further in the future.

So far, a few weeks in, Jack says the ad is “performing exceptionally.” He says that further above the line advertising could follow later this year, adding that other elements such as a knowledge hub with content will form another part of the puzzle.

While Mettle has a clear idea of the customers it’s after, Jack emphasises the importance of privacy and says that the bank has no interest in one-to-one targeting using first party data.

Instead, the bank takes a holistic approach, “trying to talk to people in forums where they are thinking about how to make a change.”

With Jack citing data suggesting there are over 20 million people looking to do so, there’s no harm in casting the net wide.