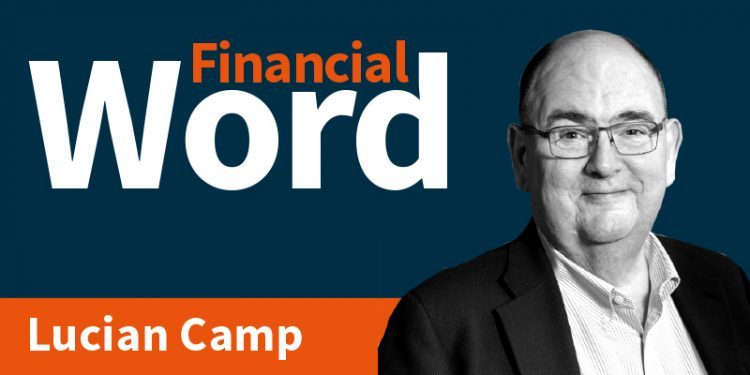 Lucian Camp doesn’t see eye-to-eye with one-to-one marketing, not when owning six pairs of glasses is still not enough. This segment is looking for a better offer.
When I think about the disappointments I’ve experienced in my long career in advertising and marketing communications, there’s no doubt what’s top of my list.
It’s not my failure to become as successful as Martin Sorrell, or to write as elegantly as David Abbott, or to shoot a commercial with Ridley Scott.
In fact, it’s the failure of the much-hyped ‘one-to-one communications revolution’ to develop in anything like the way that it was supposed to. Or in fact to develop much at all.
Let me explain. It was just about 20 years ago that the American academics Don Peppers and Martha Rogers wrote and published the bible (or perhaps more accurately the Book of Revelations) of one-to-one marketing, The One To One Future. Its big idea was that it wouldn’t be long at all until data became so big and so powerful that we could stop communicating with people as members of huge, faceless crowds, and start talking to them as individuals:  as people we could understand and relate to in as much detail as, well, maybe not our spouses or kids, but at least our cousins or work colleagues.
For writers of advertising and direct marketing campaigns, this was a glimpse of a fabulous promised land. Nothing frustrated us more than our lack of worthwhile customer data. The briefs we were used to receiving might have included some very basic demographics – a mailing to savers, say, with balances of over £50,000 – but this segment could include Prince Philip as well as Johnny Rotten. And around that time we started getting some slightly-more-useful geodemographics, but given the diversity of real neighbourhoods and real people you still couldn’t take anything for granted.
A few years ago, when Child Trust Funds were first launched, I still found myself writing to customers of a major high street bank with a letter beginning:  ‘Whether or not you have children…’. More recently, writing for an investment firm still lacking a single customer view, my letter started:  ‘If you have more than one investment with us…’.
And as a consumer, don’t get me started on the limitations of even the most powerful users and manipulators of data. Remember what we were told Tesco could do with Clubcard and the priceless riches of our main weekly shop till receipt?  The example I heard a hundred times was the sudden appearance of packs of Pampers on the till receipt. Tesco would respond to this by triggering all sorts of cross-sell initiatives from baby food and formula milk to life assurance, self-catering holidays and sensible hatchbacks. In real life, though, my experience of the sophistication of the data is that if the till receipt shows that you buy a lot of wine, they send you vouchers offering you money off … wine. Brilliant, Leahy (actually it’s not Leahy these days, is it), brilliant.
You might expect online brands and technologies to have transformed the situation. But so far, one has to say, not really. Recently, I bought some reading glasses from John Lewis online. In fact, as I do, I bought six pairs at once. (I lose reading glasses almost as fast as I lose umbrellas, which I now buy ten at a time.)
Some clever algorithm recognised this purchase, and ensured that for months afterwards wherever I went online I would be served relentlessly with John Lewis advertising. And what product, pray, did they choose to offer me?  Of all the billions of products on the planet, they offered me the single one that I was least likely to buy – you guessed it, more reading glasses.
I could go on, but you’d get bored and I’d get grumpy. The bottom line is that with few exceptions, all really interesting and valuable customer segmentations have fallen at the first fence, the One-To-One Communications Hurdle. And they fall for the same reason: it isn’t possible to apply the segmentation to real-life customer or prospect records. We know the segments are out there, but we don’t know who is which.
There are of course a few exceptions to these rather depressing rules, and some of them are quite heartening. The Consumer Campaign Of The Year gold award winner in Money Marketing’s Financial Advertising Awards this year, for example, was a campaign targeting students, one of the fairly few distinct niche audiences which can be closely and cost-efficiently targeted with media advertising. Viewing it, the judging panel felt twinges of excitement and maybe even shock at what we found in a campaign intended for our kids and definitely not for us:  the mark of really well-targeted communication is that it engages very differently, if at all, outside its target group.
I wonder how much Peppers and Rogers care about the slowness of progress along their one-to-one road. Not too much, I shouldn’t imagine. They’ve made their money – and anyway, they moved on years ago. Their next big idea was that Big Data would soon allow another transformational change – from the narrow and limiting concept of Return On Investment (ROI) to the big and liberating concept of Return On Customer (ROC).
I expect we’ll be waiting for that one for 20 years, too.