CASE STUDY: Why Fintech Week London took a content-first approach as it launched during Covid 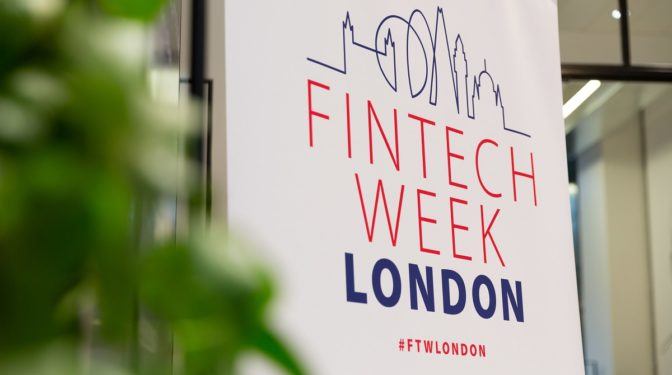 Doing hybrid events half-heartedly is worse than not doing them at all, claims the organiser of a recent fintech event in London.

Raf de Kimpe is CEO of Fintech Week London, an event which ran in mid-July 2021. It brought together over 450 physical attendees and over 1000 digital ones.

Raf says that he and his partners had decided late last year that the industry “needed to come back together”. The decision was to have as much of a physical element to the event as was both safe and possible within government parameters.

But at this planning stage and throughout winter the UK was still in the midst of one its largest coronavirus surges and it was unclear when large-scale face-to-face events would be allowed.

The hardest part of developing the event was “keeping calm and carrying on” and not being blown off course by the Covid restrictions. says Raf.

As the event was designed as hybrid from the beginning, the extension of restrictions in June didn’t damage the event.

“It wasn’t a big drama because we did have this hybrid version in place from the beginning.”

Raf emphasises that for the digital aspect of the event the production value has to be high, which presents a challenge “both logistically and financially.” It requires adding a director, an extra camera and people who can ensure technically that it works.

In total this amounted to 30 to 50% higher costs than anticipated, says Raf.

“The events sector is evolving in this hybrid way – the public and audiences like it. There is this big need for it to be online, afterwards they can see it again.”

However, for the networking part, he adds, the need for physical events will remain.

“We had really amazing content and knew everybody was keen to get out and see everyone,” he adds, noting that some speakers were so engrossed in conversation that they had to be reminded about their speaking slot.

Raf says that many companies are struggling: “normally tickets that are hundreds or thousands of pounds are being offered for free. A lot of events made the choice not to charge, which I think was more of a panic reaction.“The calculation was that they have a big brand and they will lose the attendance numbers so won’t be able to use it for sponsors. In the end that has done some damage, with the perception that if it is at home they don’t have to pay.”

In the future, Raf expects events companies to begin offering hybrid as a combined package, reducing overall costs. In this case, he took what he calls an “extreme route” of hiring specialists for both sides, but in the longer term “an integrated model is more realistic”.

“I also think we’ll see more and more people in the industry working on models to make it more profitable and realistic.”

Raf thinks that success comes from treating the physical and digital as “two separate items that you want to do well”.

“What we did was look at the physical part of the show and what you need to have there to have a good experience.

“The other part was TV broadcasting. People are tired of Zoom meetings and having people in living rooms discussing something where it’s not produced.”

As it was a first-time event, Fintech Week London wanted to set a high bar for the event in the future.

“It was the first real fintech event in London after the pandemic and a lot of eyes were on us.

“If you can’t do it well don’t do it,” Raf advises. “It would be better for some events to skip a year and keep the production level high than do something they and the audience aren’t happy with. The value is in content and networking but only focus on one if you can’t do both in a high enough quality.”

However, getting the audience to pay for this high quality digital content is currently a challenge for the industry, Raf notes.

The event set KPIs around attendees and the quality of content, but return on investment for this year alone was not the biggest one.

“We saw it as an investment for a couple of years.”

He says the biggest challenge he found was predicting what people would do – would they attend networking drinks and would they come to the venue. Audience flows and attendee movements, particularly with both physical and online options available.

For next year the team will primarily focus on the conference and allow partners to handle other days.

He also says it is important to allow enough slots for networking rather than filling the whole agenda.

“We really need to make sure there are big breaks.”

Raf adds that the experience changed his mind around next year’s event.

“I was hoping we would see less eagerness for hybrid and next year we could just do physical. Doing it this year burst my bubble: we’ll have to do hybrid next year.”

More broadly, Raf thinks that the disruption of the pandemic came at the right time for the events industry.

“You saw a lot of things that were 15 minutes of someone saying how amazing the brand is and offering drinks. There were more people saying it was too commercial.”

OPINION: How to overcome email fatigue and boost engagement