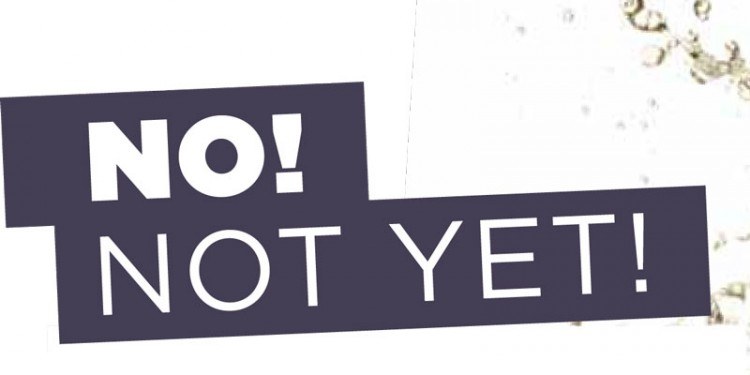 Independent research repeatedly shows that customers of mutually owned financial services’ organisations are more satisfied than customers of other providers such as the banks. FRANCES GREEN analyses the results of recent research by Harris Interactive and reports on what drives consumer choice in 2012 marketplace.

To see the published article, please download the PDF version.
The research we undertook examined what’s important to consumers in terms of financial services’ providers and what drives choice in the marketplace, placing consumer perceptions of mutuals in a wider context. We also examined what mutuals can do from a marketing perspective to build on these positive perceptions.
A number of studies over the years have indicated that mutuals are perceived as offering better customer service than other financial services providers. More recent research, commissioned by the Building Societies Assocation (BSA), confirms that building societies do in fact provide better service and have more satisfied customers overall than banks. Some of the interesting statistics thrown up by the study show that for building societies, 71% of savers were ‘very’ or ‘extremely satisfied’ compared to just 56% of people saving with other financial services institutions, and the figures were similar for mortgage customers.
Similar studies show that over two-thirds of customers agreed that they were treated fairly by their building society, compared to just under half of bank customers. Building societies also performed better on a range of other criteria including ‘being trusted’ and ‘offering good value’.

Studying the factors that drive choice
So, what is important to consumers when selecting a financial service? When we thought about how to answer this question, we knew it was vital to consider ‘Stated importance’.
‘Stated importance’ is what people tell us they think is important in response to a straightforward question. However, the problem with looking at ‘stated importance’ on its own is that it can lead to too much significance being attached to what are known as ‘rational factors’. Respondents like to consider themselves rational decision-makers but rational factors are not necessarily what drives choice. To illustrate this point, consider airline safety: it’s rationally important to all airline users but irrelevant when deciding whether to fly with BA or Virgin as both are considered safe carriers. Other factors like ‘price’ or ‘available routes’ come into play.
To counter this bias, we chose to look at ‘stated importance’ in conjunction with a measure known as ‘derived importance’, which determines the statistical association between the performance rating of an attribute and a broader performance criteria. In this case we looked at the likelihood the provider will be considered next time someone needs a mortgage, savings account, investment or insurance.
The insights generated using both ‘stated’ and ‘derived importance’ together and from comparing and contrasting the results between the two approaches, are fascinating.
The grid above shows four groupings of attributes:
•               Top right: ‘conscious drivers’ Attributes stated as important by consumers and revealed as important through statistical analysis;
•               Top left: ‘latent motivators’  (our term) Attributes not stated by consumers as important but revealed as important by the analysis.
•               Bottom right: ‘top of mind’ needs. Attributes stated as important by respondents but which the analysis reveals are not that important in driving choice;
•               Bottom left: attributes classified as relatively unimportant.
Understanding this hierarchy of importance is key to making informed decisions about the allocation of resources and priorities for messaging and communications.
Looking at the different attributes, those concerned with ethical behaviour and customer care emerge as the most important to consumers: ‘being ethical’, ‘providing excellent service’ and ‘treating customers fairly’ are all conscious drivers with ‘supporting local communities’ underlining this trend as a latent motivator.
Other important individual attributes include ‘are relevant to you personally’ and ‘provide good value’ (both conscious drivers) and ‘are a good fit with how you think of yourself’ (a latent motivator).
There are some interesting changes since 2011:
‘Being ethical’ has moved from being relatively unimportant to a conscious driver
‘Being relevant to you personally’ has become more explicitly important, shifting to a conscious driver
‘Having a strong online presence’ has become more important and is moving towards being a latent motivator.
An established hierarchy for the drivers of decision-making, opens the door for us to look at how mutuals compare relative to shareholder owned financial services providers.
The chart below shows each of the decision-making drivers, ranked in broad order of importance to the consumer and shows how shareholder owned institutions and mutuals perform on each.
Performance is ranked low, medium and high based on the percentage in agreement that the institution exhibits the characteristic. As the chart shows, the performance of companies owned by shareholders generates a mixed response with very strong performance in some areas e.g. ‘have a large branch network’, ‘offer a wide range of product and services’ and ‘are a leading company’, while demonstrating weak performance in others e.g. ‘support local communities’, ‘being ethical’, ‘really care about their customers’ and ‘are a good fit with how you think of yourself’.
If we overlay this with the data relating to consumer perceptions of mutuals we see a number of striking things. From the data, perceptions of mutuals are very different on most drivers to those of providers owned by shareholders, in most cases outperforming them.
Mutuals triumph on ‘provide excellent service’, ‘are ethical’, ‘are a good fit with how you think of yourself’, ‘support local communities’, ‘provide good value’,’ treat their customers fairly’, ‘trustworthy’, ‘act responsibly’ and ‘really care about their customers’. Yet they perform less well and perceptions are lower around those relating to market presence, in particular ‘hear a lot about them’, ’are influential’ and ‘have a strong online presence’, a factor which is becoming more important.
From the point of view of mutuals this is all very positive as there is a close match between the ‘drivers of choice’ and where mutuals’ strengths lie relative to shareholder owned companies. However, it’s too soon for mutuals to start cracking open the champagne. Our study also revealed a relatively high number of respondents who were non-committal on how they perceived mutuals on a number of drivers. Adversely there was greater clarity in favour of shareholder owned companies, particularly those relating to market presence, range of products and services on offer, having an online presence and being up-to-date and innovative.
This raises the question about whether mutuals are too reticent when it comes to marketing and promotion. There is perhaps an underlying assumption that people understand what they are about and how they operate, which is not necessarily accurate.

Implications
Finally we asked consumers what mutuals could do to encourage people to use them more.  Their replies demonstrated some confusion and lack of clarity in how mutuals are positioned relative to shareholder institutions – excessive pay and bonuses were cited for both, for example. Interestingly however, there are some clear directives for mutuals seeking to optimise the positive emotional fit they have with consumers, including calls for greater visibility and a higher profile.
Respondents said that mutuals need to:
•               Explain themselves: don’t assume the public knows what being a ‘mutual’ means
•               Demonstrate a competitive edge: from a customer perspective, what are the advantages being a mutual brings?
•               Show a long term perspective: consumers want to understand how and why mutuals are driven less by short term concerns than shareholder owned institutions
•               Be more accessible: by building a strong online presence and streamlining processes
Positive outcome but there is work still to do
Our study clearly shows that consumers value financial services providers who behave ethically and place customer care central to their agenda, whether that institution is a shareholder institution or a mutual. It also shows us mutuals have a competitive advantage in the marketplace out of the gate because consumers identify strongly with their values, using their own emotional make-up to find the right financial fit. Unfortunately the advantage offered by these positive perceptions is undermined by a lack of public certainty around what being a mutual means, clear information on the range of products offered and restricted access to what the products available.
Mutuals need to underpin the emotional connection they have succeeded in establishing with rational reasons for using their services. Too often this does not happen and mutuals are perceived as less innovative than shareholder owned institutions especially when it comes to digital media and a strong online presence.
Mutuals have a strong story to tell but it is one that needs to be communicated with confidence and conviction, with clear commercial reference to both the rational and emotional aspects of decision-making. Get this right and the competition with the banks and other shareholder owned providers will start to hot up for real.

Coronanomics: Scenarios for the UK Economy in 2020-21

GDPR one year on – a legitimately interesting time for marketers