In Blockchain We Trust 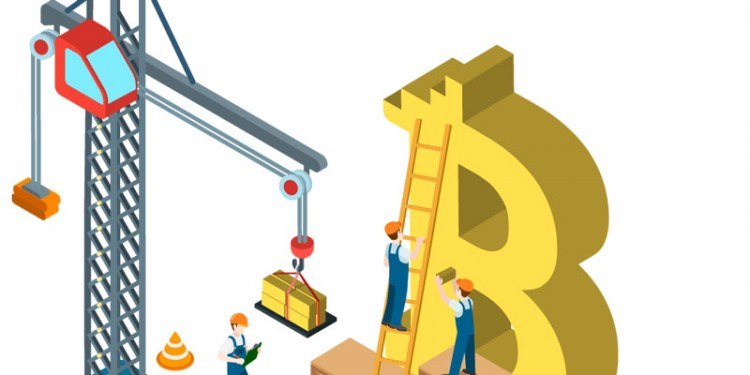 Ian Henderson says consumer trust in financial brands is still flimsy – but soon that might not matter, because the blockchain is coming. This fast-evolving technology replaces trust; and without the need to build trust, will high-street banks still need to build brands?
The Economist called it The Trust Machine. Others, a game-changer on the scale of the internet. It could just be the end of banks as we know them. And although its complexities would take a book to explain, the blockchain is a beautifully simple idea.
It is computer code shared among a large network of powerful servers which maintain a vast database of transactions known as blocks. Each of these blocks is updated continuously with new transactions, creating chains – hence the name. Because the blockchain is distributed across many computers, a potential hacker would need to control half the world’s computers to stand a chance of breaking it. Add to that the code itself, to which users have access to the header (known as a hash) but can’t see or alter the transaction history, and the blockchain’s claim to security is clear.
But for banks, the most important point about the blockchain is that it does away with the need for a trusted third party – like a bank. Transactions can be made directly between a buyer and a seller and recorded in the blockchain which is secure yet available and accessible to everyone. And if that works, who needs trust?
THE TRUST MACHINE
Can the blockchain be trusted? The identity of its inventor is still unclear – all we know for sure is the alias Satoshi Nakamoto. It was invented to enable the much-maligned (but successful) Bitcoin – a cryptocurrency with a dark reputation that’s rarely out of the financial headlines itself.
But the underlying technology is far more important than Bitcoin. Now high street banks, well-established tech giants, FinTech start-ups and many others are investing heavily in developing their own versions. As with all big leaps in technology, a few will emerge as winners – probably those with the deepest pockets and access to the most advanced
research. Again, like banks.
Which brings us neatly back to the key question – trust. It seems clear that an inevitable consequence of blockchain technology is the removal of the need to trust a third party – and, most immediately, the need to trust banks as we know them today.
EXPECT THE UNEXPECTED
There’s more. As well as banking transactions, blockchain could formalise an idea, a contract, a law … pretty much anything you can think of.
Consider just three applications that could arrive sooner than you think. Instant payments to anyone in the world direct – from a football club signing a new player to an individual paying for a drink. Tracking who owns intellectual property like music and video, a huge challenge on the internet, becomes simple. In countries with weak legal systems, property ownership
disputes could disappear, providing the stability essential for growth and prosperity. Lawyers, estate agents, local government and more could see unprecedented disruption.
WHO NEEDS BRANDS?
It might even change things for us admen. The establishment of trust is why brands were invented – and if consumers don’t have to trust a specific organisation to process their transactions or know who owns what, will those organisations have any need to position or promote themselves?
Just like the invention of the internet, blockchain’s potential benefits to millions of people worldwide – and potential for disruption to established businesses – is enormous.
There will be surprises ahead. What’s certain is that – yet again – we’re entering disruptive and exciting times.
You can download the PDF version of the Argent article via the Download button above.