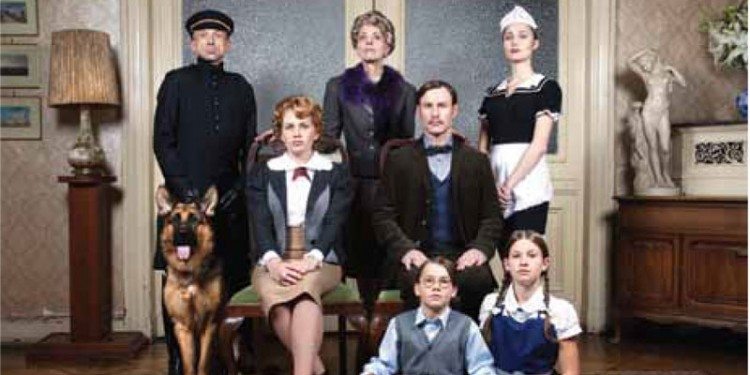 John Elder tells Chris Baur about the concept of the ‘family office’ and why it’s just a great business to be in.

The Scots, who like to say (but quietly, these days) that they invented modern joint stock banking, also (but more modestly still, these days) could think of themselves as the forerunners of that distinctive and spreading business entity for managing genetic wealth – the Family Office.

If you ever saw Rob Roy, Liam Neeson’s mid-90s film classic about that 18th century folk hero, you’ll doubtless recall not just John Hurt’s arrogant Marquis of Montrose, but more particularly his steely factor Killearn, played by Brian Cox. Killearn was the archetypal Scottish lawyer as “man of business” – he dealt with Montrose’s tenant farmers, arranged his loans and managed his estates. He ran what we’d now call Montrose’s Family Office. It’s a mechanism that was systematically refined by the US giants of wealth-creation. “The likes of Thomas Mellon, John D. Rockefeller, J.P. Morgan,” explains John Elder, “built vast business empires and employed professionals to look after their interests. These concentrations of management professionalism are credited with providing the basis for today’s Family Offices.”

Elder has built his own career advising the wealthy, as co-founder of Family Office Advisors LLP, and he has just been appointed as Strategic Adviser to Hanson Family Office, the in house investment vehicle for Robert Hanson, son of the industrialist, the late Lord Hanson.

What constitutes a Family Office is the subject of much debate and there’s no universal definition of the Family Office, Elder says. The structure can take a variety of forms in the US, UK and Europe. The emerging wealth in the Far East is also driving the formation of a number of family offices there and it will be interesting to see what format they take.

Family Offices can generally be categorised like this:
The Single Family Office: as the name suggests, it’s exclusively for one family – typically managing its investment and investment reporting. “It might include a ‘concierge service’ – making sure Aunt Hilda gets flowers on her birthday, the car insurance is paid, the staff are employed at various properties around the world, the yacht’s managed through its marina berths, its crews hired and the jet is ready.”

The Family Office will also reflect the structure of the family it serves – a horizontal structure in which participation is spread far and wide amongst family members who are still active in the business, or a vertical one organised, say, around one or two dominant branches reflecting the original source of wealth. “There were five distinct Rothschild branches in different locations, for instance, but with a great deal of business interaction between them.”

Wealthy people might run their business through a group of key advisers or employees engaged, he explains – by a company or partnership mandated to manage the family’s wealth with different structures in different jurisdictions. “You might register your yacht in one jurisdiction and employ its crew in another. The tax implications of that arrangement together with the other elements of a family’s wealth have to be carefully considered.”

The Multi-family Office: these are typically private investment offices or asset managers – essentially boutique investment houses which look after the investment wealth of a number of families. “If you’ve got £10m to £20m,” says Elder, “you’ll more than likely go to a Multi-family Office which will deploy its investment expertise on your behalf and may provide some ancillary services as well.”

The Virtual Family Office: in the US particularly, groups of four or five families often co-operate in the administration of a virtual or pseudo Family Office. “They’re all wealthy, but perhaps not quite wealthy enough to justify servicing a Family Office in their own right. You’ve got $100m, so you’re hardly a pauper. But you probably need $200m-$300m to justify a full-scale Family Office,” he says.

“So families in that league, often living in the same area, will agree to use the same law firm, the same accountants, the same corporate services providers, combining their buying power for, say, health and motor insurances and other key purchases through a joint Family Office. This is an opaque market, but I get the impression that it’s not yet quite as defined in the UK and Europe as it is in the US.”

Before the financial crisis, a lot of wealthy families were using single strategy hedge funds some of which were ‘gated’ or ‘side-pocketed’ and that made it difficult to get their capital out. Elder recalls that, “in the run-up to the Lehman Brothers collapse a number of families took a lot of risk off the table and moved increasingly into cash. But, of course, that’s meant sacrificing capital value while current rates in cash are less than rates of inflation”.

He finds there’s a marked family preference for private equity as an asset class, often in direct investments rather than through managed funds. Family portfolios now will typically comprise equities, both private and quoted, bonds and cash plus a mix of commercial and retail property, farmland and woodlands.

“There may be a yacht, some racehorses, perhaps a private jet – investments where one key management consideration is whether these are ‘enjoyable liabilities’ or money-making assets.”

With Family Offices, he adds, emotional considerations can become quite important. “At its most basic: ‘This was my Great-grandfather’s home. I’ll never sell it’. Or: ‘I want to retain shares in this company. It’s where we made our wealth.’ So you’ll ring-fence that kind of asset outside any investment portfolio.

“Occasionally, emotions can overflow. There are advisors and psychologists who specialise in helping families to manage those crises where wealth sometimes seems to detach people from reality, as you and I might see it. There’s what has been termed the disease of ‘affluenza’ where the children of some very wealthy people simply come to expect instant gratification.

“And then there’s what you might call the ‘kitchen cabinet’ dynamics of family wealth – a mother, say, with a powerful influence in the family, but no formal role within the Family Office itself. Or think of a third generation family business, headed by a powerful patriarch who built it, sold it, made a lot of money: his children may now be running the Family Office, but this is a dominant alpha male, used to getting his own way. The children may or may not stand up to him.”

If the family is being properly advised, Elder argues, it’ll have some sort of structure which may include a mission statement defining its wealth-management goals and possibly its societal and philanthropic role. “There’s also a point at which the role of the trustees become critical. You might get a situation where the creator of the wealth, with the habit of command, finds himself in potential conflict with the Trustees to whom he himself has formally delegated the prudential role.

Succession can also create angst. “I remember one case where the adviser to a wealthy family raised the question of succession planning and the father, who was a bit of a tyrant said: ‘It’s alright, I have a succession plan: when I die, they’ll have to fight for it and the winner will keep it and the others will have to fight him for it’. It wasn’t ideal. But it certainly was a plan!”

In all of this, Elder considers the banking relationship to be highly important. “At some point in the management of family wealth, it will end up as cash going through an account. Advising some larger families, you’ll be dealing with several banks and have accounts in a number of different jurisdictions. You’ll be making multi-currency transactions and managing properties and other assets.

“It’s really essential to partner a lead bank that understands how the family works, is able to accommodate their needs, and can work with and communicate clearly with correspondent banks. It needs excellent FX facilities. And, above all, it must be efficient.

“All of this is easy to say, but it’s not something that always happens. The banker must have an appreciation of the overall dynamics of the family so that the bank itself really can advise the family fully on the most appropriate cash management, borrowing and credit facilities and must be very careful when trying to sell other products of the bank.

“For a Family Office, the best banking relationship means really getting close to the creators and inheritors of family wealth. That’s the only way for the banker properly to assess the private banking opportunities inherent in the deployment of a family’s wider investment portfolio. You really have to have a banker who understands the family from the inside. Done properly, I’d say the banking relationship in a Family Office is just vital.

“Whether it’s a billion pounds or a lot less,” concludes Elder, “remember this: the management of money itself is an abstract. But behind that abstract is the passion of the people who create and nurture the wealth that produces the money. It’s just a great business to be in!”

It’s All in the Mind