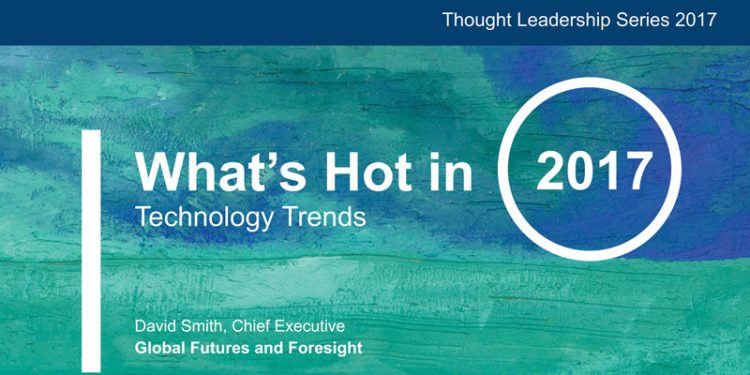 The rate of breakthrough technologies can either appear as without end or else on repeat, depending on your perspective. There remains a gap between the actual emergence of technologies and their commercial and technical applications. Many of the breakthrough technologies we noted in 2015 and 2016 are still in the media spotlight.
Highlighting this point. Earlier issues we raised included automation, which continues to dominate studies, white papers, analysis and opinion pieces and could continue to do so for years to come. Our other 2015 technologies to watch included cognitive computing, social media, 3D printing, the “Internet of Things” (IoT) and Prescriptive Analytics and are all becoming increasingly standard in business plans, models and within digital transformation.
At the start of 2016 we identified the building of digital platforms, virtual reality, the rise and fall of apps, the move of I.T. to ‘the edge’ and a new era of cybercrime. By December 2016, filmmakers were claiming 2016 to be ‘year zero’ of a virtual reality revolutioni, new vectors of cybercrime attack are now increasingly common whilst in November 2016 Harvard Business Review noted that ‘companies everywhere are making investments to build their digital businesses. Decisions about digital platforms can make the difference between high growth and high margins or limited growth with declining marginsii.’
As we enter 2017, all of these technologies will continue to evolve, attract headlines and add to the illusion of nothing new under the sun. Whilst further evolutions will doubtless continue to shape business organisation and models, a range of newly emerging technologies and issues will start to impact the operating environment in which businesses find themselves.
The raft of new technologies represents new ways of doing things yet the risk remains that many will simply attempt to overlay digital on old processes and systems. This danger, and the friction that can result from dynamic technology grafted onto static models will result in disruption and challenges. The opportunities that can flow from them meanwhile will continue to shape ecosystems and industries and the winners within.
Read the full report by downloading the PDF version (top right).

How to Create Digital Platforms

How is Artificial Intelligence Being Used?