OPINION: Influencer marketing has surpassed print – so the FCA’s celeb stunt is savvier than it looks 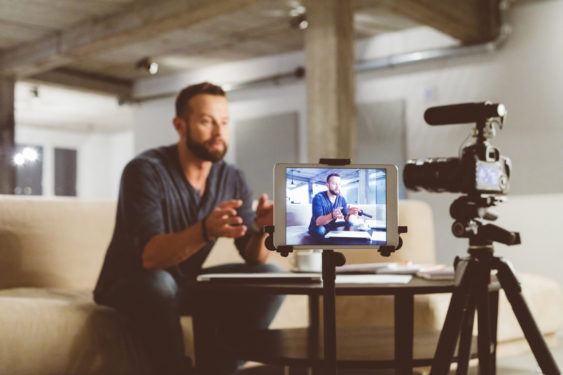 For decades celebrity endorsements have been used by companies to influence our buying behaviour. There is no denying that celebrities, in their new guise as ‘influencers’, can affect the music we listen to, the clothes we buy, the cars we drive and even whether we like ourselves or not. Today, the influence celebrities have goes beyond even our purchasing decisions, and has translated over to stock market valuations, and now, investment decisions.

It’s a mind-blowing trend – and one investment brands need to start understanding the nuances of.

At first glance, it reeks of irony. An organisation that has ‘conduct’ in its middle name, with a primary aim of protecting consumers and promoting integrity, is enlisting the help of mercenary and unaccountable, influencers to ‘protect’ young investors? Social media (particularly Instagram and TikTok) is rife with unqualified financial advice, misrepresentation, foreign exchange scams, spread-betting pyramids, and cryptocurrency Ponzi schemes – all led by many popular influencers (think the Pied Piper fable). It’s as ‘wild west’ as you get, and the antithesis of what the FCA aims to do.

But what if the FCA has no choice but to turn to social media influencers?

The world has changed. Celebrity influencers have become as influential as financial institutions themselves, and even governments. Some Instagram accounts are a more effective marketing channel for a certain demographic than terrestrial television channels like the BBC or ITV, and the FCA have caught on to that.

The UK Government were even quicker on the uptake – the eagle-eyed amongst us will have noticed them employing a similar strategy at the height of the pandemic, unapologetically paying several social media influencers and reality TV stars (think Love Island and TOWIE) to promote the NHS test and trace service, to help stop the spread of the virus. While the government hasn’t revealed how much was spent on the campaign, it claims “over 7 million people have been reached” with the messages. Which means they must have handed over a tidy bit of cash to the influencers.

The palpable outrage expressed by Prime Minister Boris Johnson, and former Government Chief Scientific Adviser, Chris Witty, at the high-profile celebrity and rapper, Nicki Minaj, for suggesting to her 186 million (nearly half of the U.S. population!) followers that Covid may be a hoax, underlines how the power of influence has shifted from institutions in sophisticated structures, to individuals on sophisticated platforms.

Of course, the UK Government, and the City’s financial regulator (FCA) are not being silly here. Over the last few years, influencer marketing has surpassed print marketing, and at a blistering pace too. It will of course be more pronounced among those between 16- 35 years old.

The smartest brands have already begun reviewing ways they spend their marketing budgets in response to this new challenge. Expensive and inefficient ad buys, such as many of those found in newspapers and magazines, are giving way to digital and influencer marketing. The return on investment in this type of marketing is now far outpacing any traditional medium.

This isn’t the last we will see of governments, like the UKs, and regulators like the FCA, leaning on digital marketing channels to get their message across to a more digitally engaged working-age audience. In reality, marketing spend of this kind has enormous potential to deliver a positive impact, in a more targeted, efficient way.

Ease is at the heart of a digital shift, which touches all parts of society irrespective of age, and this means a much bigger swathe of the working age population are less engaged with mainstream traditional communication channels such as TV, radio, and press. Recent research forecasts a threefold increase of consumers claiming they will use social channels as their main means of communicating with organizations in the new reality post COVID-19.

Paying popular influencers to promote credible messaging, be this public health, finances etc. is a genuine alternative to reach the new generation of workers. It’s an exciting development to keep an eye on for any financial institutions hawking retail investment and financial products to anyone within the working age population at large, all 40 million of us.

OPINION: How to plan a hybrid financial services event

ANALYSIS: How Chase's UK launch is going in terms of press coverage, social and SEO