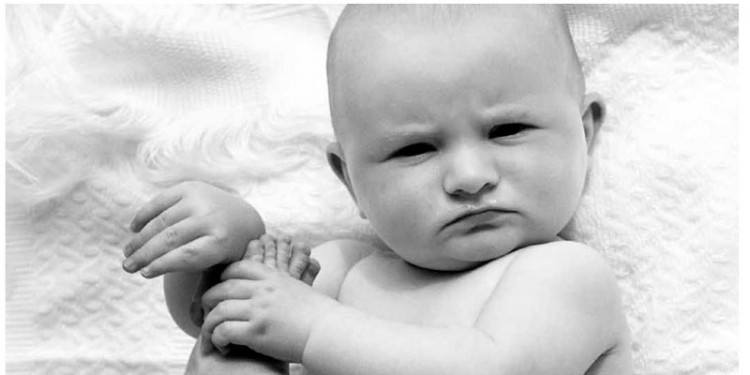 Witan’s Jump Child Savings Plan has been one of the jewels in the company’s crown but we are always looking for ways to make the CSP even more profitable. Here is just one example of how joined-up thinking has helped us meet and exceed our targets.
The Challenge
Witan Investment Trust launched the successful child savings plan ‘Jump’ in 2001, developing a solid customer base of 17,000 accounts. Despite this evident success, some trends soon became apparent: nearly two thirds of account holders were dormant, investing nothing into the accounts held for their children past an initial lump sum. The third who were not dormant, were investing a reasonable amount on a regular basis, however few had increased their monthly payment since opening their account.
For Witan, this presented an opportunity to augment the investment stream and led to the inception of a ‘Jump’ back-to-school direct mail campaign, with two key objectives:
1)            To encourage 1% of existing ‘dormant’ or ‘lump sum investors’ to create a monthly direct debit with the account.
2)            To increase the average direct debit investment by a minimum of £25 per month.
If these goals were achieved, over the next five years, Witan would see substantial growth in new investment, equivalent to an increase of 5% in total monthly investment. Working with their appointed agency, Tangible, they set about achieving these goals.
The Strategy
The decision was to create a Jump direct mail pack, utilising the following:
Insight
Jump’s marketing insight and creative strategy reflects the real way that parent and children communicate, giving a very wry and honest portrayal of this relationship. It also treats the important but often dry subject of saving with a little bit of irreverence, with a distinctive, tongue in cheek sense of humour. This approach resonates with the target audience who tend to be more affluent and sophisticated investors.
A second layer of insight underpinned the campaign’s strategy – the fact that there’s no stronger motivator for a parent than giving their children the best possible start in life. Building on this, Witan used Jump’s unique style to deliver a powerfully emotive message, encouraging parents to consider making a change that would mean a small difference to them, but a big difference to their children in the future.
The direct mail pack was designed to communicate with as many existing database consumers as possible in a personalised way. Postal details were held for all database records, and investors were used to being communicated with regularly via this channel. Past research had also shown that, when investing for children, parents (and grandparents) preferred tangible materials to read through and retain, as opposed to e-communications or web based information.
Impact
The mail pack was timed to land at the beginning of September, the start of a new academic year and the springboard for many parents to think about children’s savings (particularly those saving for education/university tuition fees).
Return on Investment
The pack was a simple design, using an A5 format to achieve maximum cost efficiency – keeping production and postage costs to a minimum for better final ROI. The creative execution delivered the cut through required for engagement and response.
The Execution
The direct mail pack was sent to 10,000 Jump investors, with separate, tailored mailings for lump sum investors and direct debit investors.
Style
The communications led with Jump’s characteristically quirky photography and cheeky headline, instantly engaging the investor with Jump’s familiar and humorous creative style.
Message
Within the pack, the emotionally compelling message and call to action was powerfully delivered. A postcard within the pack applied Jump’s humorous “emotional blackmail” to reinforce that only a small change in behaviour was required.
To balance the emotion and humour the postcard also substantiated the proposed action with rational reasons to believe – targeting consumers with an aggressively focused direct marketing piece. It supplied parents (and grandparents) with the figures/potential rewards to motivate them to part with more cash on a monthly basis.
Response Facilitation
The pack made it simple and easy for people to act, with pre-populated application forms and a freepost BRE, helping to avoid any drop-off, post initial interest.
Incentive
To elicit immediate action and increase conversion levels, the pack was incentivised with a £25 John Lewis Voucher. The voucher’s value matched the smallest recommended Direct Debit monthly payment – applying an element of psychology, creating the perception of receiving the first month’s payment back. An equivalent incentive had been a strong influencer in past communications.
Measures of Success
The results were based on quantitative measures, including:
•               the total number of new direct debits set up by investors mailed within 3 months of receiving the pack.
•               the increase to the monthly investment amount (£) across all existing direct debit  investors, 3 months after receiving the pack vs. investment levels pre the summer direct mail activity.
And…? Success!
•               The first measure showed more than double the target figure of dormant, lump sum investors converted to direct debit.
•               The second measure showed that approx 4% of regular investors increased their direct debit by an average of £43 per month vs. the target of £25 per month.
Ultimately, these results generated just under double the total additional investment targeted per month.
This equated to a conversion rate of 6.4%, and a 50:1 return on investment (provided the average direct debit runs for 5 years) – making the mailer the most cost effective piece of marketing to date for Witan.
Value added
The pack didn’t only exceeded expectations, break targets and became the greatest piece for marketing Witan. The strategy had many greater benefits to Witan. If the pack continued to convert at its rate, the projected next five years would see an unprecedented rise of investments into ‘Jump’.
The campaign also:
•               Helped Witan define Jump’s marketing strategy
•               Measured investor loyalty, commitment and value of Jump’s client base
•               Showed a greater value in Jump’s database than was previously thought
•               Confirmed the value of regular communication to investors
•               Confirmed that traditional direct marketing works wonders when executed in a brand-congruent manner.

Rehearsals for the Big Drama