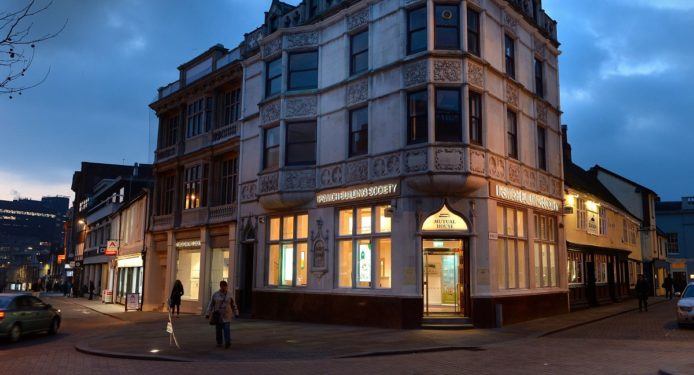 All marketers know the importance of a good story – and for national mortgage lender Ipswich Building Society, a political proposal and personal story combined to form the backbone of its recent marketing campaign.

With the government promoting self-build as a way of more people getting on the property ladder and Google searches for the category rising, Ipswich wanted to find a niche with which to promote its own self-build product.

Rather than providing all cash upfront, self-build mortgages allow people to borrow at any stage of the building process, as their income rises or as their family grows. Ipswich differentiates itself through a manual approach to underwriting, taking each applicant’s personal circumstances into account.

A business development manager had written a piece for the trade press that called for the government to offer individuals the same incentives to develop brownfield sites as are offered to commercial developers. Unlike greenfield sites, which are completely undeveloped, brownfield sites are disused industrial or agricultural sites that have fallen into disrepair.

“It’s converting what might be eyesores and making them have a purpose,” explains Joanne Leek, Marketing Manager for Mortgage at Ipswich Building Society.

Ipswich and its digital PR agency Browser Media quickly realised that this story could resonate beyond the trade press, according to Joanne.

Browser, which is on retainer for Ipswich, “really understands us and the market,” says Joanne. “They really understand that talking about us and our product is white noise. They get underneath the story: what does that mean for somebody?

“No-one wants a mortgage, people want a home. The mortgage is a small part of that.”

The policy proposal was seen to have the potential to engage journalists with a political message as the UK continues to face an acute housing shortage.

“There’s only so much land in the UK to build on and the population is increasing,” she says.

At the same time, self-building also had a personal aspirational element to it, as epitomised by the TV show Grand Designs.

“Self-building is usually not a stopgap, but people fulfilling a long-term dream,” says Joanne.

Ipswich decided to use a story of actual customers to illustrate the story. Finding a case study was an initial challenge, however.

“We’re not a nation who talk freely about money and bank balances, so it was a case of finding people who were willing to talk about their self-build,” says Joanne.

A broker found a local couple called Jules and Nigel who wanted to renovate a dilapidated cottage in rural Suffolk in order to look after their miniature donkeys there but had been unable to find another lender.

The campaign rolled out in August 2020, after the UK’s long lockdown which according to Joanne had led people to think much more about how much time they spent at home. This had led to an increased interest in people tailoring homes to suit their lifestyles.

Ipswich used keyword research to optimise the website in order to align with what people were actually searching for rather than common industry jargon.

“It’s a jargon-heavy industry,” says Joanne. “We love an acronym.”

The campaign led to an increase not just in website impressions for the self-build product but also for the site as a whole.

Joanne says the next campaign focus will be first-time buyers, with the theme of how they are using “side hustles” to boost their incomes in order to save enough for a deposit as house prices increase.

After the success of this campaign, Ipswich will again deploy a case study to illustrate the argument – this time a wannabe first-time buyer who set up an Instagram business during lockdown.