ANALYSIS: How Chase’s UK launch is going in terms of press coverage, social and SEO 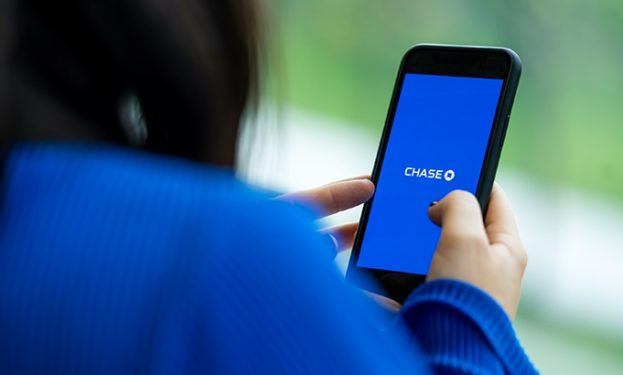 JPMorgan Chase is putting innovative features at the centre of its pitch as it launches its long-awaited UK current account, but it is struggling to make its voice heard on Google.

The two main features Chase is highlighting are 1% cashback from using its debit card (on eligible spending) and a small change round-up service that allows users to round up their spending to the nearest pound and receive 5% interest on the savings. This is a similar strategy to the one Goldman Sachs took in launching its savings account Marcus in the UK in 2018, when it lured people in with a market-beating 1.5% interest rate.

Other features of the Chase offering include a numberless debit card, meaning that if a card is lost it can be cancelled without anybody else gaining access to the details, the ability to instantly create new current accounts to silo spending and fee-free debit card use abroad. It also promises that users will be able to get through to a human being within a few clicks on the app.

However, it currently lacks certain core features such as direct debits.

CEO Sanoke Viswanathan summarises the offering as “good value combined with an excellent experience, from a trusted bank”.

Coverage in the Sun and Guardian – but not the Daily Mail

Despite being well known in the UK, the bank lacks the kind of specifically consumer-focused brand here that it has in the US. Much of the text on the www.chase.co.uk website highlights the already large number of American customers who use the service.

As a digital-only offering, lacking a physical presence, Chase will face a challenge in building awareness and also wresting customers away from their existing accounts. A key goal for new digital players such as Monzo and Starling has been persuading customers to use their product as a primary current account rather than simply as a siloed fund for a specific purpose.

As it stands, Chase is not currently running any television advertising. However, it features a UK-focused ad on its Facebook and Instagram pages. This draws out the key selling points mentioned above around the slogan “Make More Of Every Day”.

The launch has achieved widespread news coverage, including on the sites of the Sun, Telegraph and Guardian. However, it was not covered on the Daily Mail website, which according to Ipsos iris figures is the most popular news website in the UK.

The Chase.co.uk website also already features a range of educational content under the title “The Hub”, which features advice articles about avoiding scams and saving effectively.

At the time of writing, Chase’s UK accounts have:

Facebook: 8 posts, 3,917,322 likes (including followers across all regions where Chase operates)

Online, the brand is appearing under paid search advertising results for the term “chase”, but also for the term “the chase”, the name of popular but unrelated UK game show.

Analysis by SEO optimisation firm Receptional found that there was work for Chase to do in terms of appearing in organic Google search results.

While the Chase ad appears in the paid bar, the UK site does not appear at all in the first few pages of organic listings. The firm’s US sites currently rank on Google.co.uk ahead of the UK site, which appears to be an oversight.

Justin Deaville, Managing Director at Receptional, said: “You only get one chance to launch a brand. Potential customers will expect Chase to have an organic presence in Google’s UK listings.

“So, it’s surprising that, in 2021, Chase has launched in the UK without adequately planning its Google’s listings.”

Justin added that there is a danger the brand may appear to be “out of touch” if this is not remedied.

Other routes to the customer

The company does have a head start in acquiring UK customers. In June, JP Morgan announced it would acquire robo-adviser Nutmeg, which has 140,000 investors and £3.5 billion in assets under management.

JP Morgan is innovative in its cross-selling of products – for example, customers of its Chase retail bank in the US who move money to a Robin Hood investment account receive a digital promotion to open an account with JP Morgan’s own You Invest.

OPINION: Influencer marketing has surpassed print – so the FCA’s celeb stunt is savvier than it looks

Starling to sell "banking as a service" platform in Europe