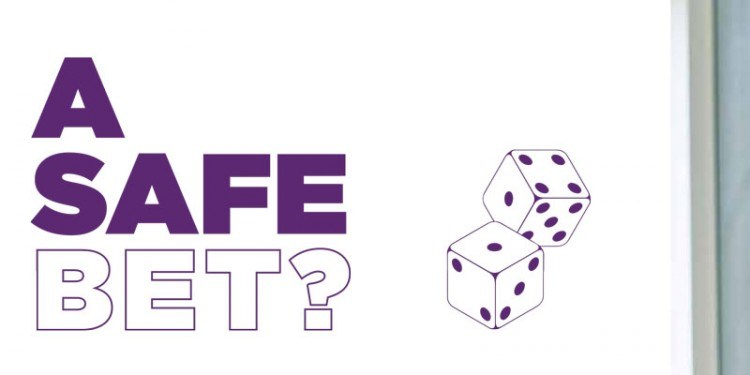 Peer-to-peer is the edgy new kid on the lending scene, offering better rates for bigger risks. Yet one of the industry’s leading firms, RateSetter, makes a virtue of being ‘simple and safe’. How does founder and Chief Executive Officer RHYDIAN LEWIS square the circle? Arthur Allan reports.

It was in 2002 that young graduate Rhydian Lewis experienced a revelation that would change his life. It happened in the unlikely surroundings of a betting company.

Rhydian had joined Betfair, initially to man the phones in customer services. He was struck by the revolutionary nature of the firm – especially its Betting Exchange, which allowed punters to bet with each other rather than with bookies.
It was an innovation that chimed with the times. The internet was democratising many sectors, allowing users to bypass the big commercial players.

“It was a very inspiring place to work,” Rhydian recalls. “There was Betfair, eBay, Wikipedia – all this amazing stuff going on, totally changing industries. And I thought to myself, I wonder whether this could ever be applied to finance?”
Rhydian wrote a couple of pages on how his idea might work. He discussed it with his brother.

But this inspiration was to be a slow-burning fuse. Far from embarking on his plan to revolutionise an industry, Rhydian’s next move was to join the banking establishment – in the form of Lazard’s graduate programme.

Meanwhile, someone else was having a similar epiphany. In 2005 Zopa launched its web-based peer-to-peer lending service, offering lower rate loans and higher interest on savings than the mainstream banks.

By his own account, Rhydian didn’t spend time agonising about passing up an opportunity to invent a brand new market. He was too preoccupied with working until the small hours in the City. But he certainly followed the newcomer’s progress.
“I was keeping an eye on it. I remember constantly boring people about this terrifically exciting company called Zopa, which was a real curiosity at that stage,” he says.

But he didn’t release his own grasp on the idea. And with the banks’ collapse in 2009, the opportunity finally became too hard to resist. Rhydian teamed up with banker Peter Behrens, and RateSetter was finally born.

It might have arrived too late to break the mould, but RateSetter did have the satisfaction of changing the direction of the still-fledgling peer-to-peer lending market. That’s down to its ‘provision fund’, a kitty that ensures lenders are protected from any bad debt.

“When I resolved to do this, I thought to myself, how can we make it simple and safe? So we entered the market with a fundamentally different proposition, and the introduction of a fund that absorbs losses,” Rhydian explains.

“Last year, eight years after it launched, Zopa adopted a similar model to ours. So we have changed the way peer-to-peer lending works.”

Against outstanding loans of £120m, the provision fund currently stands at £3.5m. That’s calculated to provide for 1.8 times the value of defaults expected. In any case, says Rhydian, “the quality of applicant is getting better and better as we become well known.”

In one sense, the slow genesis of RateSetter is entirely apt. In an asset class that generally offers bigger returns for bigger risk, the company strives to position itself as the simplest to use – and the safest. This may be why moneysavingexpert.com described RateSetter as “the Rory Bremner of crowd-lending – it’s always done a good impression of normal savings”.

“We are the only peer-to-peer lender in the world that has returned every penny to every lender,” Rhydian emphasises. “While others have gone on to copy us, that remains a unique claim.”

And the company has positively embraced the FCA regulation of its sector that came into force in April. Indeed, through the Peer-to-Peer Financing Association, which it helped to set up, RateSetter actively lobbied for regulation, against initial reluctance from the authorities.

In January 2012, the government set its face against regulation. It declared the small size of the market didn’t warrant the administrative effort that would be required. By the end of that year, it had done a U-turn.

“They saw the growth in the peer-to-peer market during that year, and realised it wouldn’t be long before there was a lot of consumer money knocking around in the sector,” says Rhydian.

“Secondly, the point was made that peer-to-peer could be a viable source of new competition in banking. That really hit home with their political agenda.”

The new rules are designed to ensure that peer-to-peer platforms are run fairly and have plans in place for users in case they collapse. “It’s not a panacea,” says Rhydian, “but it’s one less question for users to ask.”

The regulations do not bring companies into the Financial Services Compensation Scheme – that would have been a step too far, according to Rhydian.

“We do our own provision; what the lender needs to judge is whether that is enough,” he explains. “They don’t get that next layer of protection from the government, but that’s reflected in the higher rates they enjoy. The expense of the Compensation Scheme would just leave us as a homogenous bank or building society, offering 1%.”

Instead, RateSetter’s customers can expect returns of up to 6%. The actual amount at any time depends on activity: a high volume of borrowing demand means rates go up, attracting more money in.

This form of lending is indeed growing fast, but it still makes up only a tiny chunk of the market. Unlike the diverse credit market of the US, Britain’s lending is dominated by the banks. The £190m that has passed through RateSetter’s books is dwarfed by the UK total of around £30bn in personal loans.

So the firm’s customers remain a rare breed: consumers who aren’t willing to accept the (currently dismal) rates offered by the big banks. Rhydian describes RateSetter borrowers as “the savviest people in the land”. Many of them are led to the company through price comparison websites.

But if potential borrowers arrive expecting an easy canter through their lending bids, they are set for disappointment. Only one application in five is approved. There’s little difference from the banks’ filtering process, according to Rhydian.

Which means that these days, RateSetter is taking a chunk out of the mainstream market, rather than widening the pool of active borrowers. That’s a change from the early days of the business, when the company was able to take advantage of the fact that even prime borrowers were locked out of mainstream loans.

It was “the adventurous early advocates” who got the business moving, Rhydian says. The backlash against the banks was helpful: “We found early on that there are just some people who are very keen on peer-to-peer lending, and they gave us a go. I think they were motivated as much by philosophy as by money.”

He admits to some sleepless nights as he and Behrens, having raised £850m of seed equity, sat down to take RateSetter’s first lending decisions. “We got to understand credit data and credit scorecards, but we also applied a huge amount of common sense,” he says.

He checks himself, realising this makes it sound as if he thinks the company’s worries are all in the past: “It’s still early days. We haven’t lost sight of the fact that we’re still minute in the bigger scheme of things.”

With peer-to-peer newcomers snapping at RateSetter’s heels, Rhydian strives to set time aside to keep differentiating the company’s offering: “I wonder whether the innovation from here on is going to be incremental rather than fundamental. But yes, we absolutely try to innovate. The whole industry is a work in progress.”

Public awareness of that industry remains low, at just 15%. Rhydian believes that simply reflects a lack of knowledge or curiosity about banking in general.

Nevertheless, having reached break-even point, RateSetter is planning to invest some of the £5.5m on its balance sheet in a substantial marketing campaign later this year. “It won’t be billboards on the M4,” Rhydian says, “but we will be building our brand in targeted areas.”

He’s convinced that peer-to-peer can continue to grow, even as the big banks recover ground. “That’s because we offer a fundamentally better deal for the saver and the borrower. Ultimately we can do that on a more efficient basis.”

But what happens when standard interest rates go back up? “If the banking spread is 4%, peer-to-peer tends to operate at about 2%. In a rising interest rate environment, the bank spread tends to widen – it may even be an opportunity for us.

“One thing we would have to be careful about is a big spike in mortgage rates, since 81% of our borrowers are homeowners. But we’re aware of that and we try to provide accordingly. And if we’re in trouble for that reason, HBOS will be too.”

Asked to forecast growth, Rhydian hedges slightly, as his caution kicks in again. He finally opts for the relatively conservative target of doubling annual loan rates to £500m by 2015, and trebling his current staffing to 100. “We’ve always been quite circumspect about forecasting – it can be highly volatile,” he explains.

In any case, he has no ambitions to join the ranks of the big banking beasts. “We’re happy being underdogs,” he declares. “It keeps you lean and mean. Traditional systems are more fragile than one realises. Big beasts can take a sudden fall.”

Career of a cautious gambler

Stuck in the Middle with You