London’s investment trusts need to inspire their own revival 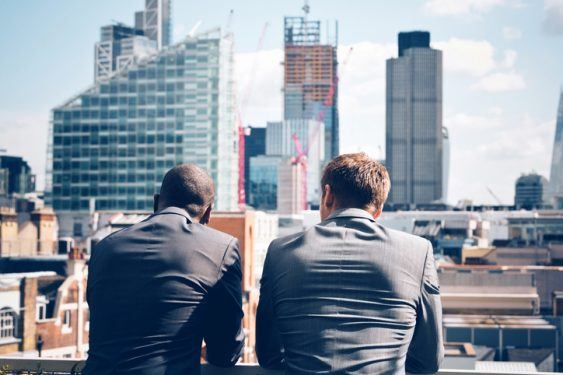 Nowhere has the recent market sell-off been more pronounced than in the investment trust space.

Investment trusts are close-ended funds listed as public companies. They were invented during the Victorian period as a way of pooling capital to fund large-scale ventures like railroads and natural resource projects. Today there ore over 450 listed on the LSE, of which of which over 50 are constituents of the FTSE 350.
The shares of an investment trust will trade at a premium to the net asset value (NAV) of the fund when investors are confident that the manager will deliver exceptionally strong returns.

More often, they will trade at a slight discount due to factors likes the underlying assets being illiquid or difficult to value. You will, however, expect to see the relationship between NAV and share price to be relatively consistent over a period of time.

Except during bear markets.

Between 2010 and the beginning of 2020, the average UK investment trust hovered in the 5-10 percent discount range. Going into the coronavirus outbreak, confidence was exceptionally high, with an average discount of just 1.3 percent. Last week, that had widened to a record 18.4 percent, further even than the 17.6 percent we saw during the nadir of the global financial crisis in early 2009.

It’s important to keep in mind that for many investors, a significant widening of the discount came on top of steep drops to NAV. Take Smithson Investment Trust Plc, a fund which invests in liquid mid-cap stocks. On 19th February, Smithson’s NAV per share stood at 1353p versus a share price of 1388p. That represented a premium of 2.6 percent. By 18th March NAV per share had fallen to 1099p but the shares were at 910p, representing a discount of 17.1 percent. The value of the fund’s assets had fallen 18.7 percent but investors were confronting a potential loss of 34.4 percent.

In 2009 investment trusts bounced back within a matter of months. And we’re seeing signs of an early recovery in some quarters as bargain hunters swoop. Smithson, which benefits from being managed by Terry Smith’s renowned Fundsmith, has narrowed to a discount of 4.2 percent in the last few days.

But we have reason to believe that – for the investment trust space as a whole – the recovery will be harder this time round.

Over the last few years there has been a fundamental shift in the shareholder structures of investment trusts. Institutions have been shunning the asset class in favour of private markets funds and direct investments. The slack has been gradually picked up by retail investors, driven by regulatory reforms like pension freedoms and the rise of fund supermarkets. Since 2012, four out of five of the top buyers of investment trusts have been retail investors (RD:IR).

We don’t yet have the data, but you would expect that fearful retail investors will have represented a disproportionate share of investment trust sellers during the COVID meltdown. Can they be won back? And can the fan club be extended to a new generation of Millennial investors

The fund supermarkets tend to avoid promoting investment trusts as heavily as their open-ended investment company (OEIC) cousins. That won’t change because they can funnel more capital and make higher commissions on OEICs. So, investment trusts need to create the critical mass of excitement necessary to motivate retail investors to self-direct.

This can be achieved in two ways.
Firstly, they can sharpen the investment case for why someone should buy and hold. Too often investment trusts provide a bland, technical summation of their approach which gives the retail investor little reason to prefer them to an index tracker. The case needs to be compelling, distinctive and brought to life through clever content that showcases the underlying themes and assets.

Secondly, the argument for investment trusts needs to be made anew. While they tend to perform badly during market downturns, over the long-term, the ability to utilise gearing means that 75% of investment trusts outperform equivalent OEICs (AJ Bell). Investment trusts also often use cash balances to steadily increase dividend payments, even during difficult years. There are 21 investment trusts listed on the LSE that have raised their dividend for 20 consecutive years or more.

Investment trusts have been a fixture of the City since Foreign & Colonial (now F&C) was founded over 150 years ago. Given their innate advantages, there is every reason to believe that they will flourish again in future. But the recent COVID-induced panic has shown that they cannot take a steady stream of new investors for granted. Retail investors have never had more choice, and so investment trusts need to work harder than ever before for their consideration.

Del Jones is a Director at Headland.

Research: Under the Epidemic - Experiences of the Younger Generation in China