INTERVIEW: Habito CMO on comedy horror adverts, the kama sutra and what skateboarding has to do with mortgages 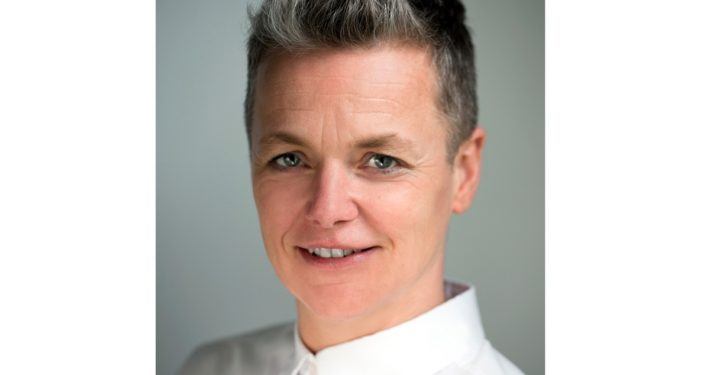 Whether you like it or not, you will almost certainly remember the first time you see an ad by mortgage broker and lender Habito.

Habito’s cartoons have become famous (or notorious) for their depictions of characters undergoing exaggerated comical horrors, such as a woman being stung by a wasp and becoming ridden with red pustules or a man being torn apart by werewolves.

While the brand is willing to polarise, CMO Abba Newbery says the adverts are mainly about “the bravery to put front and centre the customer’s feelings about the category, which resonates very hard.”

Designed by Rick and Morty animation studio Strange Beast and shown through broadcasters such as ITV and Channel 4, the depictions of the ghastly ordeals of Habito’s characters are of course metaphorical for aspects of the mortgage buying process.

“Anyone who’s had a mortgage will tell you it was hell, they’ll tell you it was so stressful. Our research found that two thirds (62%) of people with a mortgage suffered some form of stress or anxiety during their mortgage application process. All our adverts do is play up that stress.

“The universal truth is not what [the banks, lenders or home-buying companies] tell you,” she adds, although she stresses that the company never criticises competitors and simply wants to expose the stress of getting a mortgage.

The adverts are “deliberately designed to be ludicrous,” Abba says, citing the example of a first-time buyer who drowns in his own sweat and gets eaten by piranhas.

The company also produced a “mortgage kama sutra”, featuring a range of sex positions named after mortgage jargon, illustrated by Noma Bar, a graphic designer who uses negative space to create images with double meanings that are not immediately apparent.

Abba notes that Habito “get[s] the odd complaint about the style of our ads, but I don’t worry about that, too much. In some ways I think if people are complaining about an ad, it shows we’re doing a good job at holding people’s attention and being memorable in a category that’s very hard to remember.”

“I don’t believe serious and boring need to be the same thing,” she adds, citing Santander ambassadors Ant and Dec as “silly but also the nation’s sweethearts”. Confidence, Abba argues, is what allows people and organisations to be taken seriously.

Abba says Habito’s overall ethos is to make the mortgage process easier and more transparent, with mortgages which more closely reflect the experience of a modern buyer.

“Mortgages are old. They were kind of invented for somebody who will be in one job from 20 to 65.

“Most of us don’t work like that, we have squiggly careers. A lot of what we’re trying to do is better reflect 21st century society.”

This is reflected in products such as Habito One, the UK’s only full-term fixed rate mortgage, which can protect homeowners, including those who are self-employed,from changing interest rates. It is also reflected in the overall customer experience, which tries to place hidden costs such as solicitors upfront.

The jump into brand

The adverts stem from a decision to “jump into the world of brand” that Habito took several years ago. After being founded in 2016, it had seen early success in product marketing on search and through advertisements on the tube and outdoor advertising, which Abba calls a “trap”.

“There was a time when you couldn’t go down a tube without seeing us, Monzo, Revolut or WealthSimple. You get into channels that really work hard at the start of your life and start to show diminishing returns – as you get bigger you have to spend more.”

Abba says that moving into brand-focused marketing is always “a brave decision.

“It’s a little ethereal and emotional – not as rational as product marketing.

“You have to throw everything you’ve learned in the first two years up in the air.”

Thankfully for Habito, Abba says, the CEO Daniel Hegarty comes from a creative background and has had an intellectual interest in marketing since before founding Habito. He worked at Wonga, the payday loans company, which also specialised in creative and memorable marketing campaigns.

Abba’s own career has, in her words, spanned “every side it’s possible to work on in marketing”, starting out at insurgent comms agencies such as MSc, Carat and Universal McCann before moving to News UK. While at the latter company she “survived the phone hacking scandal” and established the paywall which made the Times profitable for the first time in many years.

She later worked at Google as a “dragon slayer” in their accelerator programme, helping businesses that Google had invested in to hone their ideas. At YouTube, she worked with helping content creators with over around 200,000 subscribers think of their channels more as businesses and scale them up.

So what is next for the brand? The one-word answer is “skateboarding”.

As part of the brand’s goal of being part of modern culture, Habito is keen to maintain its collaborations and add new ones.

“What we do is embedded in people’s cultural psyche. Everything we do exists in the culture already.”

After a meeting three years ago with James Hope, Director of Skateboard GB, Habito became the organisation’s lead sponsor,as the team prepared the ground for its  recent success at the Olympics.

However, they quickly saw that there were more opportunities for this partnership. For example, Abba explains, skateboarding tends to be a precursor to urban gentrification as skateboarders “skate in the areas that are a bit rough” and push out criminals such as drug dealers.

“Skateboarders bring with them music, graffiti, art and fashion and have this ability to make our cities safer. Communities benefit culturally as hubs from skateboarding.”

Sports sponsorship may seem a conventional route after such a series of unorthodox campaigns, but Abba’s enthusiasm is evident as she talks about a number of initiatives set to be unveiled soon, which include education, funding and accreditation programmes. She highlights the clear relevance of improving communities to Habito’s business of helping people buy homes.

Fundamentally, underpinning both the more eccentric ads and the sports sponsorship is a consistent story.

DISRUPTORS PensionBee CMO Jasper Martens pt. 2: "You can be both data-driven and creative"

DISRUPTORS: Why Moneybox has moved into brand marketing (Pt. 1)