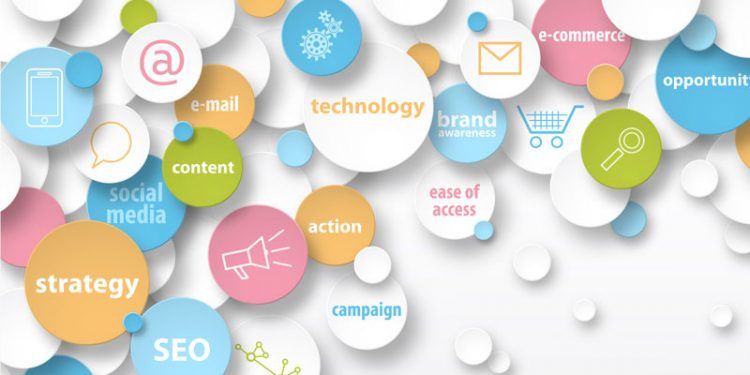 The threat of Artificial Intelligence taking our jobs is something which has been a common theme across industry events in recent years. And yet, at The Financial Services Forum’s recent event on The Future of Media Planning, there was a distinct sense of optimism about the possibilities which technology might bring to the job of a marketer.  As Adam Ray, Global Head of Programmatic at Mindshare put it: “The future of media planning is a fun thing to consider”.

Increased Transparency
Anne-Marie McConnon, Chief Marketing Officer at BNY Mellon Investment, kickstarted the event with the assertion that asset managers haven’t developed their marketing departments as quickly as other industries. She added further that new marketing technology is allowing the sector to catch up. With the client now able to own data, media buying could be brought inhouse which will change behaviours amongst media buying teams.

However, bringing media buying inhouse might not be a good thing. Although it can sometimes feel like there is a lack of transparency between agencies and clients, having an agency does keep marketers honest as in-house teams can sometimes not be as strict with themselves.

The issue of transparency is something which was discussed throughout the event. Anne-Marie McConnon argued that data is making media buying more transparent.

Using technology to improve decision-making
Carl Erik Kjærsgaard, whose company Blackwood Seven provides an end-to-end media planning platform, felt that technology enables marketers to make better decisions. With the expansion of the number of media channels we can buy comes the expansion of the number of decisions a media buyer is being asked to make. Twenty years ago, a media buyer was being asked to make 50 decisions. Now, that number is around 5,000 decisions with the same pot of money. Humans can’t cope with this. We will need to use artificial intelligence.

The take-up of tech, argued Kjærsgaard, is being influenced by start-up culture. Among the tech savvy businesses, there’s much more of an expectation of a return right from the beginning, something which a traditional media buyer wouldn’t be able to provide. As a result, chief marketing officers are beginning to come from tech backgrounds rather than business schools, and are expecting data to be able to tell them how their spending is being justified right from the beginning.

Duncan Trigg, Managing Director, Media, Oliver Agency, agreed. He commented on how media buying has experienced a massive transition from buying a website to following user behaviour. As a result of increased data, media buying should have become more transparent but actually, it’s become more opaque.

He added that the market has been talking about a lack of transparency, especially with recent reports suggesting that agencies are getting single figures out of the pound for their clients. Clients understand that there are costs for everything, there is a fee charged for usage of the technology for the tech operators, the marketing team’s expertise and so on. With the use of data, marketers can link their spend to what the user sees.

Early adopters of media buying technology have been those with more complicated routes to market, such as financial and travel firms who would have historically found it harder to identify buying which media led to a sale.

The evolution of data
But the data evolution is moving beyond the programmatic trend. Adam Ray, Global Head of Programmatic, at Mindshare commented there have been four key stages of media buying in recent years. The first of these was paid search. Google came out of nowhere and forced media buyers to go back to the drawing board.

Then came the era of paid social where once again media buyers had to ask themselves: how do we budget for this and how do we measure success?

Then came programmatic. The next stage is programmable. This is a means of producing a media plan using computer code. Whereas programmatic goes off and does its own thing, programmable takes media plans and puts this into code. With programmatic, you can have 50 different rules, with programmable, it’s infinite. Media buyers can now re-rank and re-allocate budget on a daily basis.

To make the most of programmable, the industry needs coders. But, it also still need marketers to take advantage of the outcomes the technology produces. The code represents an idea and marketers will still need come up with those ideas.

This was reflected by Adam Ray’s comment that: “In terms of creative ideas, there will always be a human element.”

Carl Erik Kjærsgaard was, however, very much in favour of the move towards greater use of technology for media buying, commenting that there is a human element to Blackwood Seven’s teams. But, what the data can tell marketing agencies in media buying terms is very important. If marketing agencies don’t start to take advantage of this technology, Silicon Valley will.

GDPR – Threat or opportunity?
But, argued one of the audience members, surely with more data coming in there will be more of a risk particularly in the light of GDPR?

Duncan Trigg argued that one of the benefits of Oliver’s business model, where agency members work alongside the inhouse team on site is “that data doesn’t leave the office. Data is key, everything else is plumbing.”
Trigg added that the need for transparency is leading to an increase in tech. There’s a lot of creative ideas where the brand doesn’t come across in the first five seconds and the user will switch off. This is something which data can help brands to overcome.

The overall view of the event participants was that there’s a clear tendency towards increasing the use of tech in media buying. But this was discussed as a way to aid media buyers, rather than a replacement. With the arrival of GDPR in May, media buyers will need to think carefully about how they use the data and technology at their disposal i to maximise sales and avoid some of the high fines being discussed for infringing on GDPR.

Please download the PDF version of this event summary and share it with your colleagues. The Financial Services Forum would like to thank Jennifer Evans at Linstock Communications for providing the summary.

The Changing Face of the Front Office - Event Summary