Brands need to stay agnostic and being led by their message, rather than using influencers because it’s in vogue

Direct Line’s distinctive adverts, featuring characters from as far afield as Quentin Tarantino films and the Transformers franchise, have ensured the brand is at the forefront of consumers’ minds when thinking about insurance.

But as MD of Marketing and Digital Mark Evans explains, the decision to deploy beloved fictional characters is about more than simply making an impact.

“Creating these adverts has a clear sequence, starting with the business objective,” explains Mark. “It then moves to the consumer discovery phase, where we think about which customers we are targeting, and which unmet needs we are meeting.”

The campaign approach credited with cutting through and restoring Direct Line’s brand equity in a highly commoditised industry with considerable use of price comparison sites (PCWs) was the 2014 to 2020 Winston Wolf campaign. This features the gangster “fixer” from Quentin Tarantino’s 1994 film Pulp Fiction who repurposes his somewhat dubious fixing skills to quickly sort out insurance problems for Direct Line customers.

According to Mark, this campaign was always going to be rooted in the notion of fixing problems but in the pitch process Direct Line’s agency, Saatchi & Saatchi, asked a great open question as to what “sort” of advertising we wanted and how the advert should “feel”.

“These aren’t typical questions on a creative brief but enabled us to talk to the fact that we wanted the new campaign to be entertaining and memorable, if not epic, and to be more rewarding than archetypal advertising. Ultimately it enabled us to express how brave we were prepared to be,” Mark explains.

“This was made easier by the simplicity of the desired message. The campaign simplicity had to communicate the idea of “fixing things”, meaning that the agency could dream a bit and create something more radical”.

Direct Line has since moved on to its “superheroes” campaign, which is again a creative adaptation of a simple idea, this time “we’re on it”. The distinctive images feature a range of forlorn-looking superheroes, put out of work by Direct Line’s speedy service.

The same objective-led approach has underpinned the company’s approach to influencers, which are growing in popularity in the sector. Direct Line has notably worked with YouTuber Alfie Deyes, working with an agency to get him to front a campaign to drive awareness of its telematics proposition primarily aimed at young drivers.

“He was just in the process of learning to drive, so it was serendipitous and came together really nicely.”

Mark emphasises the importance of staying agnostic and being led by the message, rather than using influencers for the sake of it because it’s in vogue.

“[Influencers] are not the answer to everything. It might be that influencers can play a part but it’s best never to define that upfront.”

He says that using an influencer is a “bit of a leap of faith”, coming with a “potential upside, newsworthiness and excitement but also risk and downside since there are many uncontrollables.”

Direct Line has opted to keep its flagship brand off PCWs in a market where a sizeable chunk of the market comes from them. However, other brands such as Churchill and Privilege do feature. 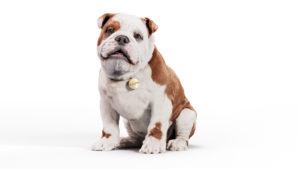 “We have a brand portfolio to meet a variety of customer needs. It’s helpful because it gives us more bites of the cherry.”

He says a brand such as Churchill is primarily designed for a PCW, targeting people with a relatively low trust in financial services and demonstrating that it is on the customer’s side. This makes it a somewhat more emotional positioning than Direct Line which focuses upon solving problems fast.

The pandemic and beyond

While Direct Line’s positioning has remained the same, the pandemic has changed how customers interact with the brand.

“It’s stating the obvious to say the world has become more digital, in terms of the number of people going online.

“The subtlety that gets missed is, yes, there has been digitisation but also a growth in digital sophistication: people are willing able to do more complicated things online more of the time. You just need to look at the emergence of seeing the doctor or vet online to see that something fundamental has shifted.

“And also in terms of insurance people are more ready to do more complicated things online, including service transaction and claims. Aspects of financial services are inherently quite complicated, but I think people’s aptitude and tolerance has increased.”

Looking beyond the pandemic, Mark believes that marketers will need to figure out the role of their brands in the accelerating drive towards the diversity and inclusion agenda. One initiative he’s been involved in is working with the School of Marketing to create a Mentoring Gen Z project which seeks to encourage young people to enter the industry.

“Marketing has been pretty hard to get into and the preserve of white, male and privileged people at times. I don’t think it’s deliberately impenetrable but there are fewer standardised pathways than other industries such as accountancy.”

Another key issue financial services marketers need to get good at talking about is the climate, says Mark.

“Not many customers necessarily directly associate insurance and banking with climate change. It’s easy if you’re a packaged goods company where your product is physicalised and you can demonstrate your product origin and green credentials, but with financial services it’s much less tangible.

“It’s a tricky nut to crack to understand what, when and how a climate orientation can drive preference but over time the prize in doing so will grow significantly.”

More generally, Mark says that marketing needs to partner closely with its technology counterparts to maintain an edge in meeting customer needs.

“The promise of data, digital and technology is to achieve leapfrogs in customer experience. However, it’s very easy to say but a lot harder to deliver, particularly as many organisations still rely on legacy infrastructure.

“As an example the promise of personalisation has been on the agenda for decades but in that main hasn’t materialised to the full extent of what was anticipated.”

Asked about inspirational examples in marketing, Mark talks about looking both outside the industry and outside the UK.

He cites brands from the retail sector such as John Lewis and Amazon as impressive examples from outside financial services, while naming major insurers in China such as Ping An and Zhong An as exemplars in the use of digitisation.

“The future has already happened – it’s just happened somewhere else in the world and we should all pay attention to that.”