BNP Paribas AM Global CMO: “Investors want to be spoken to like human beings” 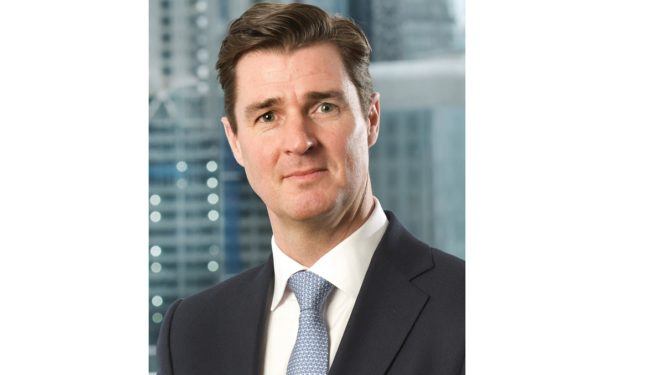 Asset managers need to take a more human approach in their marketing and communications, according to the Global CMO of BNP Paribas’s Asset Management division (BNPP AM), Roger Miners.

Roger, who is also the CEO of the division for the UK, says finding a way to stand out is increasingly important in a “more complex and more crowded” market. For BNPP AM, this means adopting a “constructive paranoia about the client experience.”

“[The industry] has hidden behind the sense of B2B for far too long,” he says. “It’s forgotten that on the other side of the relationship is another human being who wants to be spoken to as one.”

He argues that the industry needs to move on from “bland language and product pushing” and offer “content that speaks to the heart as well as the mind”.

For BNPP AM itself, its global philosophy is best summarised through its new strapline: “the sustainable investor for a changing world”.

While many firms claim to have a focus on ESG, Roger stresses that there is a difference between doing ESG marketing as an adjunct to the main business and “having it at the heart of the firm and being bold enough to put it at the centre of your strapline”.

Accelerated by the pandemic, Roger says that “digital channels are everything right now”, citing the technology sector as an inspiration.

“I study Apple a lot. They have a beautiful experience online, the same as visiting stores. As we make it more digital, we have a lot to learn in our industry.”

BNPP AM communicates through content not only on sites such as LinkedIn but also through integrations with the likes of voice assistant Alexa and smart watches. Of the various digital channels, Roger describes LinkedIn as “by far the most successful”.

As well as running virtual events, there is also a podcast channel called Investment Insights, with an increasing number of people listening to it via mobile devices. The content featured in the podcast primarily works to reinforce the overall brand positioning, the central theme which Roger likens to the beacon of a lighthouse.

“We start with who we are as a firm: the sustainable investor.”

Once that “lighthouse position” is established, BNPP AM can look at its “big boulders” of content, which Roger says are based around “the big secular trends that we see are going to shape the industry and impact clients.”

For example, a long-running series called “the great instability” has been running for just over 18 months. The ideas come from an editorial committee that Roger has put in place and refined, which features representation from investment, sales, marketing and communications.

“Our big minds think about what content is most relevant within those boulders.

“We were very fast during the pandemic to increase [the podcast’s] regularity so that we had it at the same time each week, giving clients and stakeholders a sense of confidence.”

Roger says the company will continue to invest in the blog, building it into a broader “insights centre”.

An increasingly important part of this content work is how it impacts personalisation. The company aims to have the “best possible interaction with stakeholders,” says Roger, citing a statistic from Miller Heiman which says that the average meeting length is now 17 minutes.

“If it’s 17 minutes one’s got to be really well prepared to make sure it’s as profitable for the client as possible.

“Data is vital to that…we have more data than we’ve ever had,” he adds, citing the ability to analyse what content people are engaging with as an example of valuable intelligence.

He sees the advanced use of data as “the future of distribution”.

“Before [this data was available] it was still the same goal, but you had to gather the information by speaking to people at conferences around the world.”

While the system isn’t currently as seamless as Roger would like it, the eventual goal is for salespeople to be able to see in the CRM which of their clients have had the most interaction and engagement.

“It’s important to evolve through working hand in glove with sales. Information can be more or less valuable than we thought.”

He emphasises the importance of culture in achieving this.

“You can have all the data and technology in the world, but if there isn’t a culture where the marketing specialist teams are not respected for what they bring to the table.

“[The firm] is an inclusive meritocracy. I came up through sales, winning and defending clients.

“Knowledge is power is a half-truth. Knowledge is only power if put to constructive use, in a culture where this wants to be used.”

With so many asset management firms playing in the ESG space, how does BNP Paribas demonstrate its authenticity?

“You’ve got to walk the walk,” he says, citing the use of verification through statistics from external providers.

However, demonstrating that sustainability is at the heart of the business may mean using idiosyncratic statistics, he says.

“Ninety-six percent of our client engagement staff have said being part of a fully sustainable asset manager is important to them. It’s not something other asset managers would talk about.”

This doesn’t mean “shouting from the rooftops”, Roger says, adding that some competitors are spending huge sums of money amplifying their ESG efforts.

“I believe we will shine through that, because it is who we are. The approach we’re taking in our voice is a serious one, that speaks to hearts and minds and is backed up by stats.”

He also highlights the opportunity that the firm has when approaching clients in the US and Asia, due to its European roots.

“Europe is very much seen as a leader in the ESG management of companies as well as in the investment industry. As we move from shareholder capitalism to multi-stakeholder capitalism, clients and prospects will be looking to areas of world which are leading in it.”

Roger argues that the job for the CMO of any firm is to “think about what is at the heart of the company and pull it out.”

He likens having too many company messages to throwing 20 balls to somebody: “you have to find one that can be caught.”

He adds: “It’s now in our strapline, to reflect that it has been at the heart of the global philosophy. It’s not that other messages aren’t important.

“That consistency helps bring trust, and ultimately we’re in the business of trust.”

He breaks the strategy down into five characteristics: “a clear vision around sustainability, a compelling sustainable investment product that you are able to back up, a credible integration of sustainability into the investment process, showing you’re walking the talk in terms of stakeholder engagement, and insight-led client engagement.”

DISRUPTORS PensionBee CMO Jasper Martens pt. 2: "You can be both data-driven and creative"