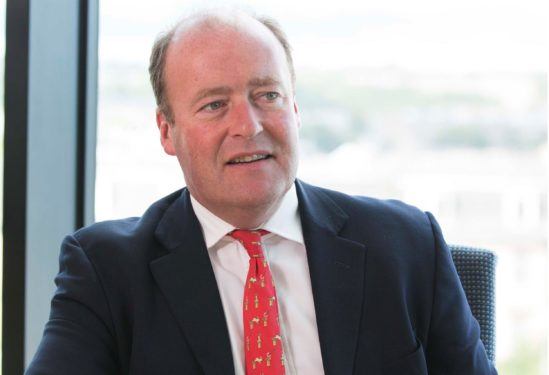 Baillie Gifford has managed to place itself at the centre of a number of key trends of the moment – whether the rise of tech companies, ESG companies or the shift to more digital forms of customer service.

The firm has built a reputation for understanding the technology sector, with its investments in the likes of Amazon, Tencent, Alibaba and Zoom. Its fund Monks Investment Trust invested in the likes of dating app Bumble and website security provider Cloudflare.

But James says that Baillie Gifford is a “growth” investor rather than a tech investor.

“It so happens that a lot of growth is in that sector.

“20 years ago we were big investors in commodities. It’s not just technology. I think we have that sobriquet because a lot of the really big growth companies have had a basis in technology.”

Video conferencing service Zoom, for example, has seen rapid growth during the pandemic, but as James points out, Baillie Gifford had already backed it prior to that.

“Why we’ve been successful is we think markets are driven by a small group of very big winners rather than a rising tide of sectors. The job is to find those big winners wherever they may be. To do that you have to have some insight into the big trends that are driving business and behaviours.”

At the centre of all of this is the company’s tagline of “Actual Investors”, its first ever brand campaign, which Director of Marketing and Distribution James Budden says sums up the firm’s identity and approach.

“There’s an obvious play on active versus passive. We essentially think the argument should work on from that,” says James. He highlights the wide range of approaches that all sit under the broad active umbrella, including short-term trading.

“Actual investing is much more fundamental. It’s a reversion to the actual roots of investing: to allocate capital to entrepreneurs, firms and businesses that can create wealth in the long term for investors and stakeholders.”

This emphasis on action in the long term extends to how the firm approaches the question of star managers. For example, several Baillie Gifford managers have major media profiles, such as James Anderson, who leads Baillie Gifford’s fund Scottish Mortgage Investment Trust.

“A lot of me would say there isn’t a role for [a star manager culture in marketing]. It is very much a team approach – with any of the funds, there are a lot of people involved.

“In [Anderson]’s case it’s become evident that the way he thinks is quite different. He’s very good at talking his book, and an incredibly bright and talented manager.”

While Actual Investors is a clear example of a brand campaign, James emphasises that brand is secondary to demonstrating performance.

“I hate the word ‘trust’ in financial services,” he says. “When people talk about ‘trusted partners’, I look to the skies, as I don’t believe there is such a thing.

“Trusted partners are people you live with such as your family. The rest of us have to do what we say and convince people that’s what we’re going to do. They have their own reasons for investing. Our job is to prove performance.”

Brand, to James, is an expression of that service.

“It’s back to the fundamentals and how the capitalist system has managed to alleviate poverty.

James joined Baillie Gifford in 2008, with previous experience working at a beer company.

“[The beer industry] was pretty forward on brand marketing and the like – everyone’s pretty well selling the same sort of thing,” he says, meaning that differentiation comes through traits like heritage.

Alongside the importance of brand, there are other lessons from FMCG.

“You’ve got to build a support base. Authenticity is pretty important: you’ve got to be able to convince consumers that your product is good and has an obvious benefit.”

He says that asset management 20 years ago was quite a long way behind from this perspective.

“There weren’t many marketeers running asset management businesses. It’s an investment-led industry – 20 years ago it was all about putting ads in the Times and Telegraph with a coupon.”

James adds that this was actually quite an easy environment to market in, with media planners simply needing to book space and “sit back and wait”.

This has changed dramatically.

Click here for part two of this exclusive interview.